I stumbled on to this while on Amazon. Looks pretty cool. What threw me was the track listing . It says there is a 1969 mix and a 1973 mix. I have never heard of a 1973 mix of that. Does anyone have any insight? Thanks 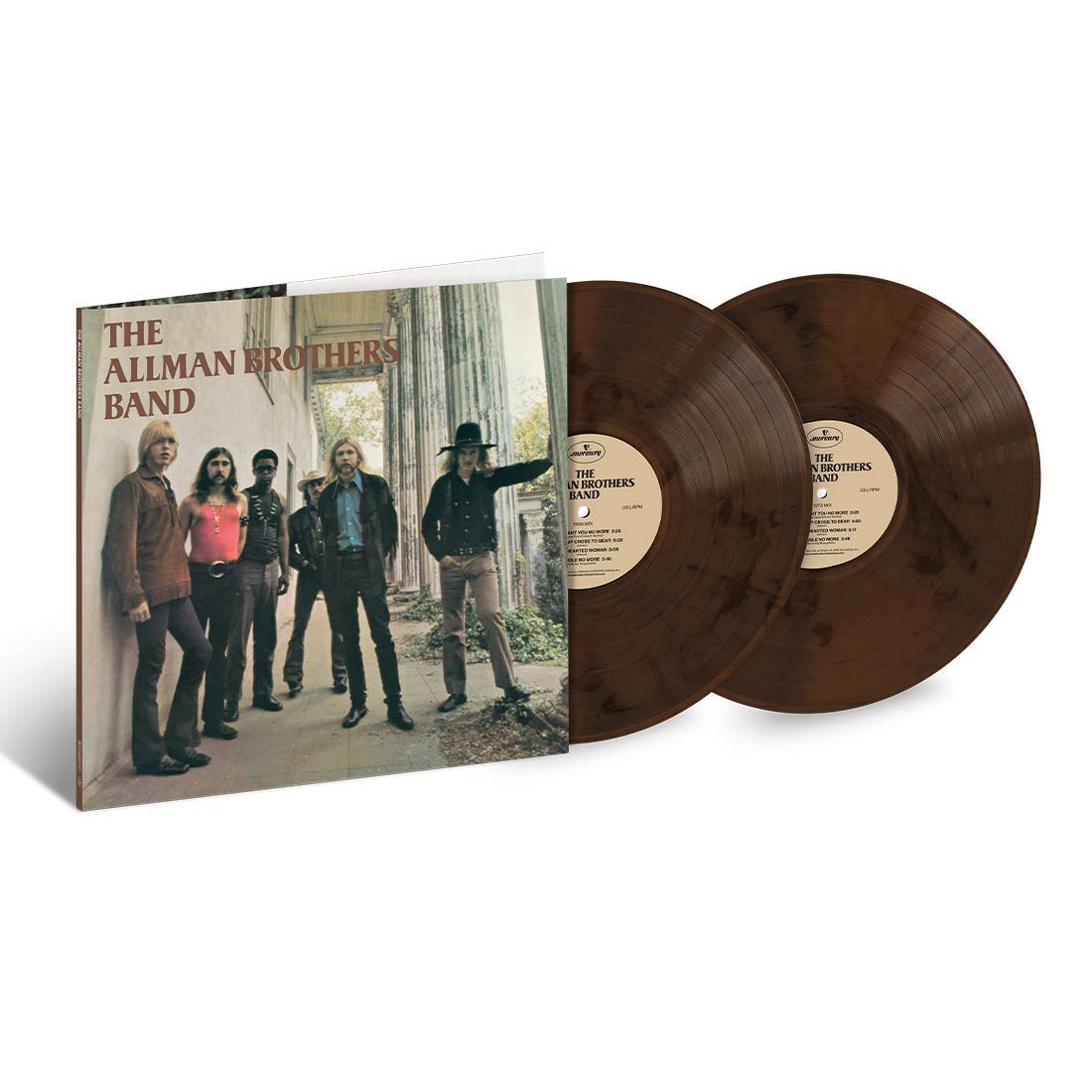 Everyone has a plan, till you get punched in the face,

My first thought is the original mix and also the repackaged Beginnings mix.

Here's a discussion about it, some folks have more detail on the differences:

Everyone has a plan, till you get punched in the face,

A bit confused, so, if you bought the Beginnings release (which I did), that was Dowd's remix of the first album? The wording on the album cover still lists Barber as producer of the self titled debut.

A bit confused, so, if you bought the Beginnings release (which I did), that was Dowd's remix of the first album? The wording on the album cover still lists Barber as producer of the self titled debut.

Barber still "produced" the recording sessions for the first album, regardless of Dowd re-mixing the tracks for Beginnings.

The first album sold about 30,000 copies and Idlewild South about 60,000. Not bad but not enough to say they were hits and Gregg said he began to wonder if he made the right choice. Maybe he should have gone to dental school. But Eat A Peach sold over 1 MILLION copies and went platinum. Duane saw Fillmore East go gold (500,000 copies plus) but was gone when Peach came out.

So Phil Walden hired Tom Dowd to get the first two albums ready for a double package. It was of course called Beginnings and as Porkchop said Dowd didn't like the mix on the first album so he remixed it.  And it went gold! Sold over 700,000 copies.

Duane told the guys the band would make it to the big time. All we need to do is do a live album and get some of that fire on it and it's in the bag!!

But on 1969-1979 A Decade of Hits released in 1991 and sold over 2 MILLION COPIES are the Dreams and Whipping Post tracks from the first album Barber's mix or Dowd's mix?? I can't tell.

Also Gregg always said he wanted to redo his vocals on the first album but Atlantic records didn't want to spend anymore time on the album. Not long before Gregg passed he said he wish he had put his foot down and insisted he go back in and do the vocals over.

Personally I'm fine with Gregg's singing on that album. Anyone think he should have done them over?

If you already have their first album and Beginnings on the original Acto yellow label you should have both versions of that album. Each song has a few seconds either added or stayed the same length-wise. The main difference to me is the ending of It's Not My Cross To Bear on the fade out/fade back in.

Got a copy of this and prefer the second mix.

Played it all the way through the other day at a rather high volume.

I think it is a great recording.

I had the original albums in college but they got lent out in the dorm. like a lot of albums, and never made it back to me.

I bought a used copy of Beginnings years ago and think it sounds fantastic.

Amazing how those original albums did not sell well and it took the Fillmore East live album to finally break the band.

I always wondered, if the record company had refused to release the Fillmore East if the band would have ever made it or just faded into oblivion and split up like a lot of other talented bands that never made it and eventually just split.

@bill_graham Yes and Atlantic Records who had a contract to distribute Capricorn with Phil Walden was opposed to Fillmore East being released. Jerry Wexler told Phil Walden that nobody wanted to hear those long jams and long guitar solos and it wouldn't get any airplay. But to Phil's credit he explained to Jerry that those long jams and guitar solos is how the band grew it's fan base to a good following over most of the country so Jerry decided to go along and just as Duane Allman predicted, it sold over 500,000;copies and went Gold. It eventually sold over a million copies and went Platinum.

But Gregg Allman became skeptical the band would make it when Idlewild South failed to sell well too. He wondered if he should go to dental school after all.

Phil switched to Warner Brothers for distribution after Fillmore. Eat A Peach sported the new Capricorn logo and was distributed by WB. And it sold over a million copies and went Platinum.

The first two albums as you mentioned were rereleased as Beginnings and sold over 600,000 copies gong Gold.

I imagine Duane would have kept the band going for a few years if Fillmore East had not been allowed. But some of the guys including Gregg may have quit if they were still driving all over the country in the Windbag. That was a hard life. Gregg, Jaimoe and Butch all said the station wagon was real bad and it was cold in the winter but the Winnebago (Windbag) was much better but still challenging for all those men to be jammed in there traveling from place to place. 305 shows in 1970!!!

@bill_graham Duane, Dickey and Berry all agreed them splitting up the vocals wasn't the way to go and Gregg Allman needed to come in and do all the singing. But when they decided to record Hoochie Coochie Man for the second album, Gregg told them Berry Oakley was doing that one better so Berry recorded the vocal for it. Dickey wrote Blue Sky expecting Gregg to sing it but Duane insisted Dickey sing that one. Duane thought Dickey's voice was better for Blue Sky. They made the right decisions.