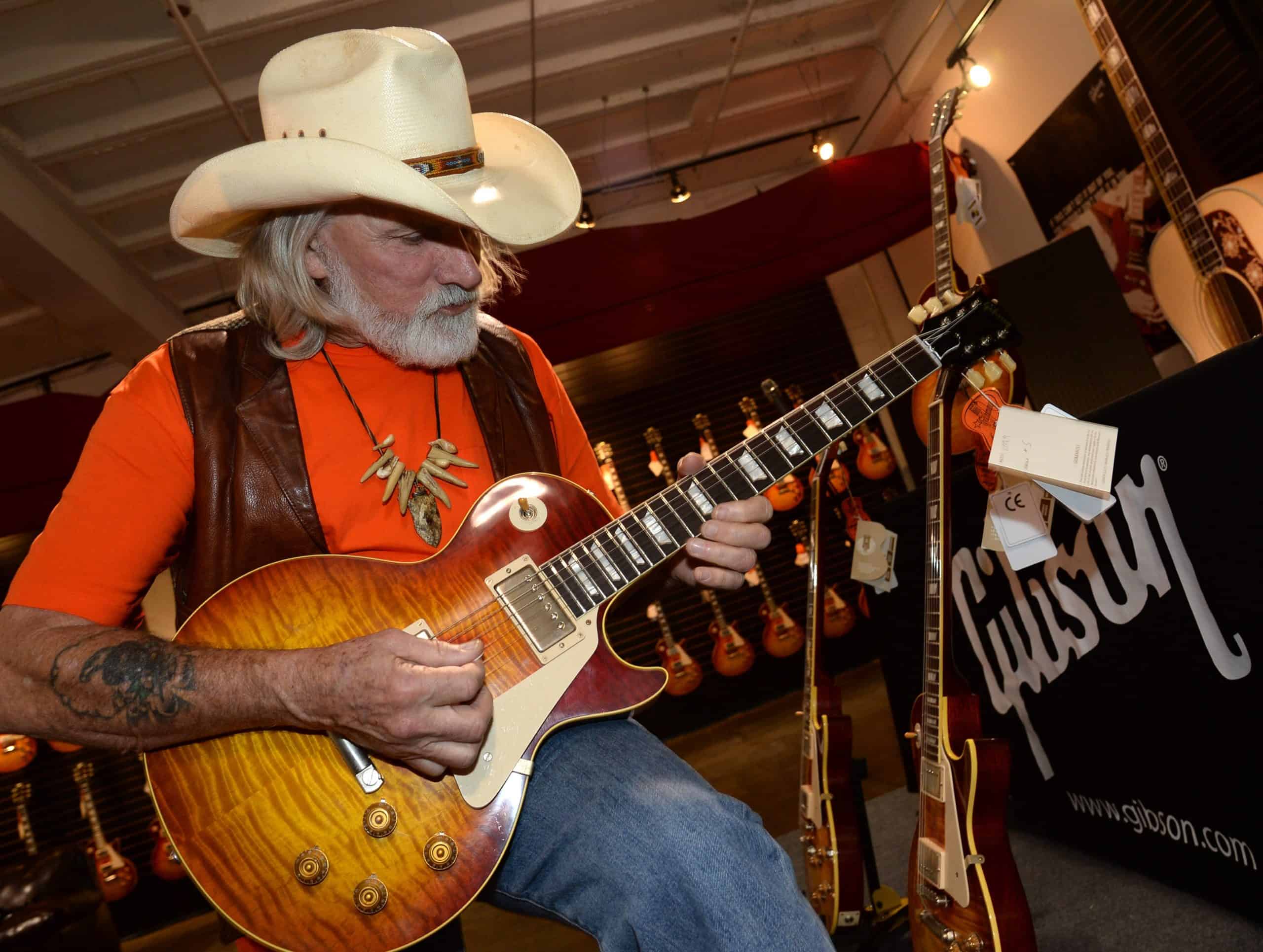 —————-
Dickey Betts and his family want everyone to know that his surgery was a success. The outpouring of support from all over the world has been overwhelming and amazing. We are so appreciative.

Thank you all so much for your wonderful thoughts and prayers. We will keep you updated.
—————-

Dickey Betts has been hospitalized due to a freak accident.

Betts, the “Ramblin’ Man” singer-songwriter and founding Allman Brothers Band guitarist, went out to their backyard on Little Sarasota Bay and while playing with the family dog, slipped and cracked his head, causing bleeding from the brain.

Betts has been sedated at an undisclosed local hospital following the accident Monday evening at the Osprey home he shares with wife Donna.

David Spero, Betts’ longtime friend and manager, said the beloved rock legend is “listed as in critical but stable condition”.

Brain surgery, to relieve swelling, has been scheduled for Friday.

Donna is by her husband’s side with Dickey’s children. ‘The family appreciates all of your thoughts and prayers during this very trying time.” Donna said. “Dickey is a notorious fighter and he is displaying that now!”.”

Last month, Betts suffered a “mild stroke” at his Sarasota home and had to cancel upcoming tour dates. A few weeks later, Spero announced Betts was responding “very well to treatment” and on Sept. 14 posted to Betts’ social media pages that, “Dickey Betts is raring to go. His recovery from his minor stroke is ahead of schedule and he has already started playing his guitar again.”

Now, though, Betts’ family, friends and band mates are focusing their attention on Betts regaining his health; with the upcoming November shows obviously being cancelled.

“It was just a few days ago that Dickey was telling me how excited he was to get back in front of the fans on November 1,” Spero said. “It is very unfortunate, for all involved, that we need to cancel those shows. Please add Dickey into your thoughts and prayers”