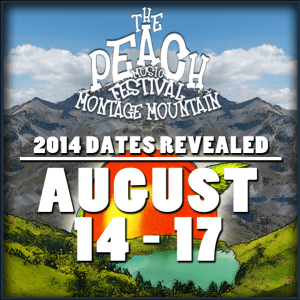 Scranton, PA (December 23, 2013) – The Allman Brothers Band (ABB) announced this morning the return of The Peach Music Festival to The Pavilion at Montage Mountain & Montage Mountain on Thursday, August 14 to Sunday, August 17th. The Peach – the first-ever ABB-inspired festival in the Northeast Pennsylvania region – continues in the tradition of previous years with four days of camping, multiple stages, music, a water park and so much more! ABB will be performing two headlining sets, including a set to close out the festival for the FIRST time ever. This will also be the only chance fans have to see ABB in PA/NJ this summer!