Gregg and Warren to Play Love for Levon Helm Benefit 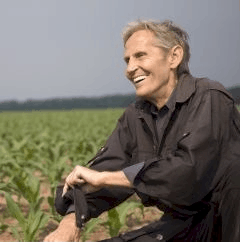 Levon Helm to be Celebrated with
“Love for Levon”
on October 3, 2012 at The Izod Center

Tickets go on sale to the general public Wednesday, August 29 with an exclusive presale for Citi Card holders beginning tomorrow. All net proceeds from the concert will help support the lasting legacy of Levon Helm by helping his estate keep ownership of his home, barn and studio, and to continue The Midnight Ramble Sessions.

“We are deeply moved that so many musicians and friends of Levon’s are coming together to celebrate his life and his music, and to help us keep his musical spirit and vision alive in the Midnight Rambles,” said Sandy and Amy Helm, Levon’s wife and daughter. “We want to continue to honor his legacy by creating a musical landmark at the Barn, one that inspires and celebrates Americana music and its heritage.”

“We are honored to produce a benefit concert that pays tribute to a musical icon and a beautiful soul, commented show producer Keith Wortman. “Levon’s friends and fans will be coming from all over the world to be part of music history for such a noble and worthy cause to ‘Save The Barn,’ and ensure that the legacy of Levon Helm will live on for generations to come.”

An all-star band will be led by GRAMMY Award-winners Don Was and Larry Campbell who will serve as co-musical directors. Larry was Levon’s musical director for the last several years of his life. The concert event will be produced by Keith Wortman, who most recently produced “We Walk the Line: A Celebration of the Music of Johnny Cash.” Tisha Fein will serve as talent producer. The show promoters are Ron Delsener and Jim Glancy, long-time friends of Levon. The event will be produced with the support of the Helm Family and Levon Helm Productions.

With a career that spanned over five decades, Levon Helm was an inspiration to musicians around the world with his deep respect, joy and love for music. Whether he was hitting the Arkansas 4-H Club circuit as a child, to performing with Bob Dylan, garnering success with The Band and nurturing a successful solo career, that included multiple GRAMMY Award wins, Levon was always a passionate performer who captivated audiences with an unmistakable voice and rhythmic power all his own. His Levon Helm Studio has hosted musicians across multiple genres and his creation of The Midnight Ramble Sessions, a series of live performances at his studio, has seen performances from the likes of Elvis Costello, Kris Kristofferson, The Black Crowes and My Morning Jacket, to name just a few.

Tickets go on sale to the general public Wednesday, August 29 at 11:00 a.m. EDT at Ticketmaster, charge by phone at 800.745.3000 and at select Ticketmaster locations. Citi Card holders will have exclusive presale access beginning at 10 a.m. EDT on August 24 until 10 p.m. EDT on August 28. All dates, acts and ticket prices subject to change without notice. A service charge is added to each ticket price. If tickets remain, they will be available at the box office beginning Thursday August 30 at 11 a.m.

For more information about “Love for Levon,” please visit www.loveforlevon.com