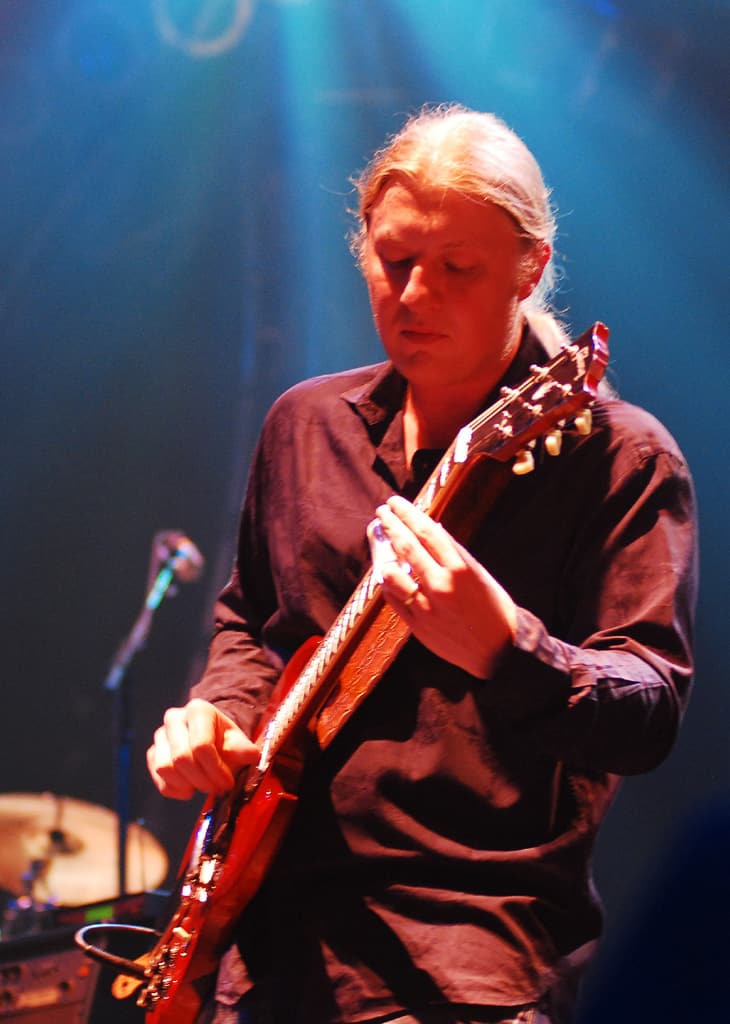 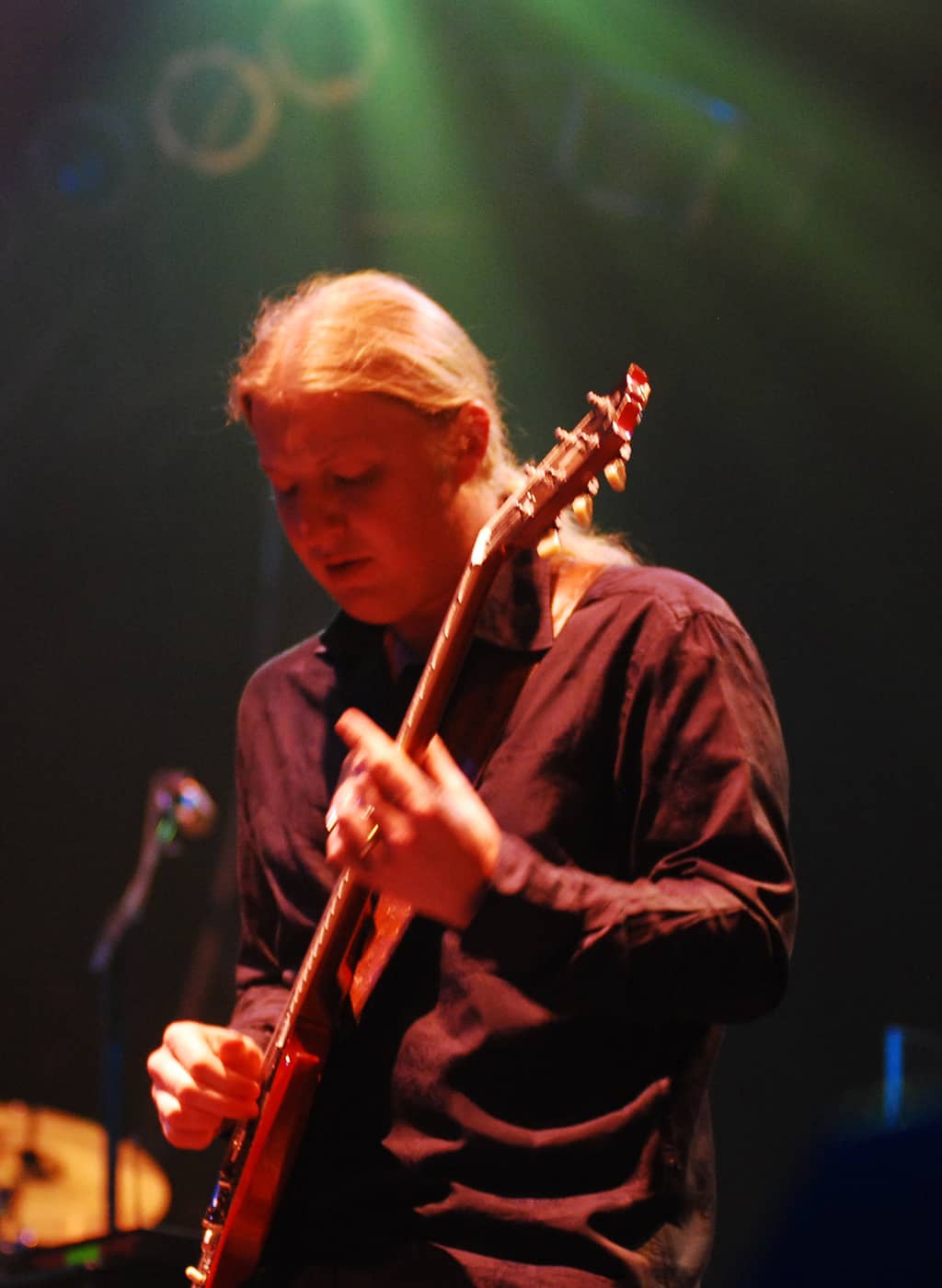 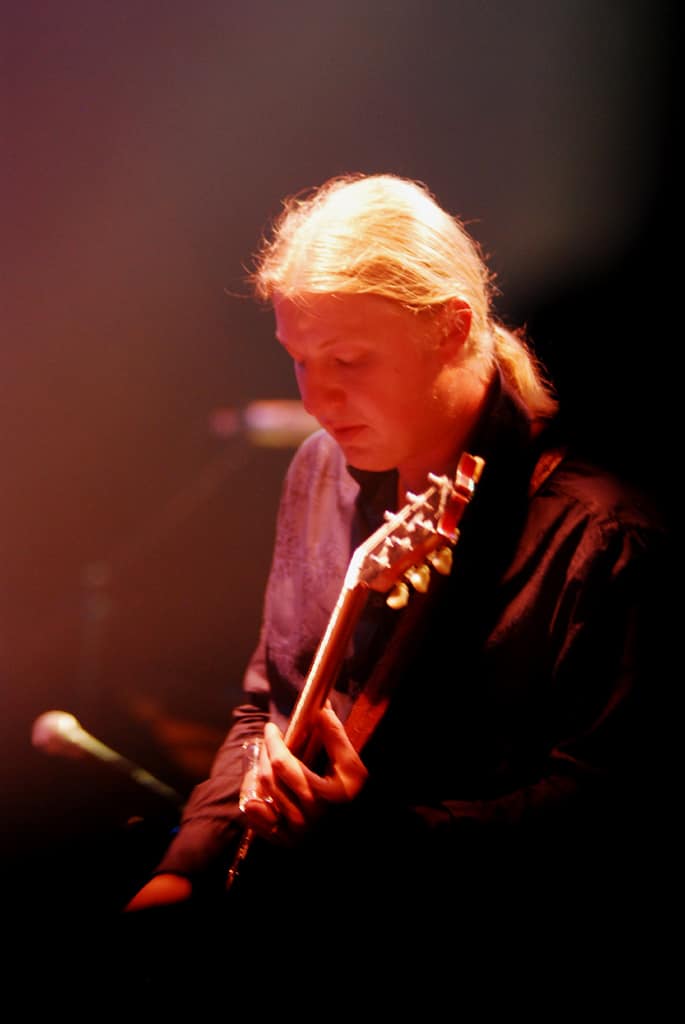 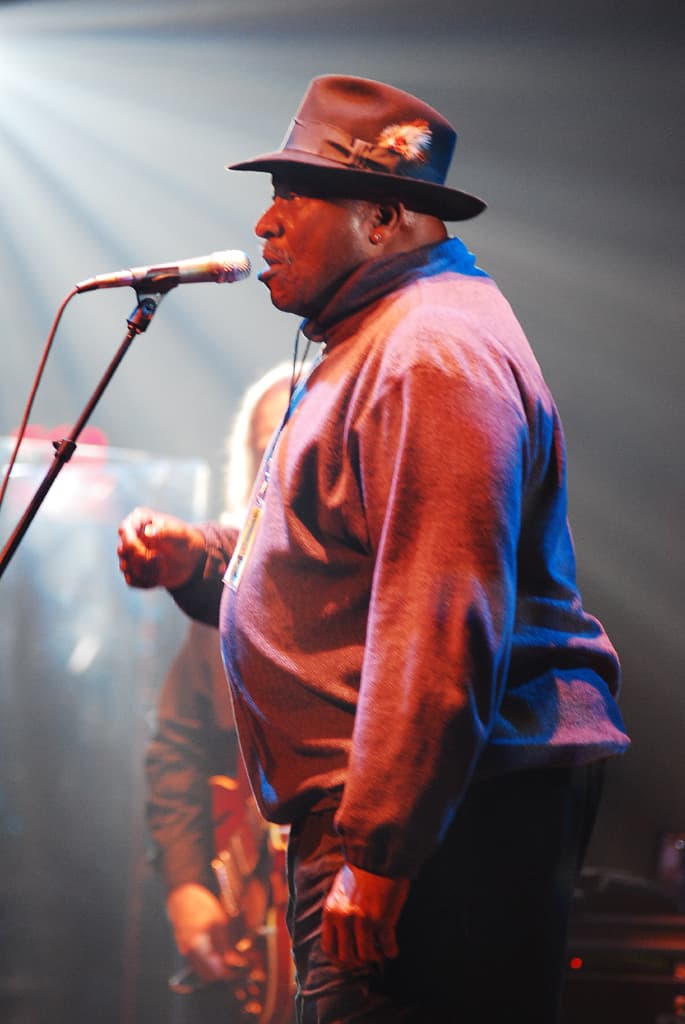 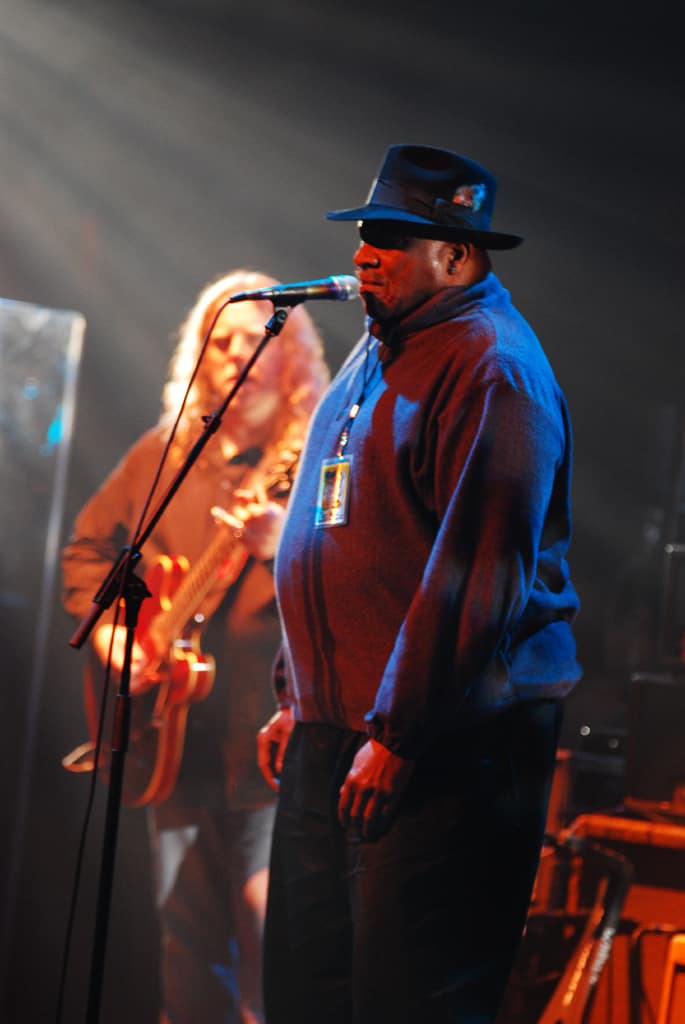 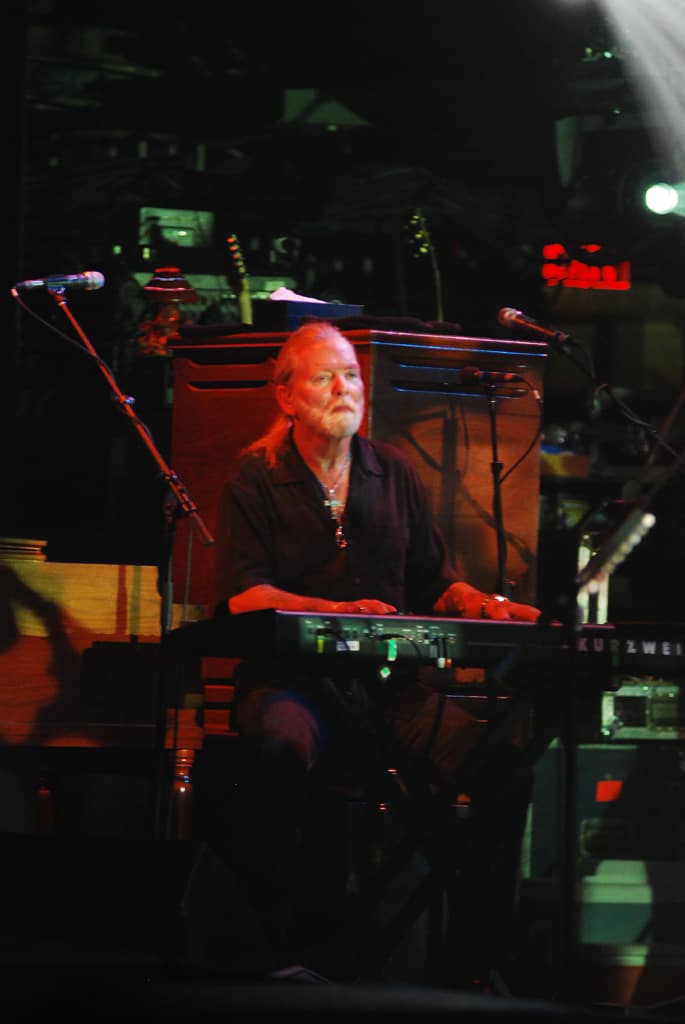 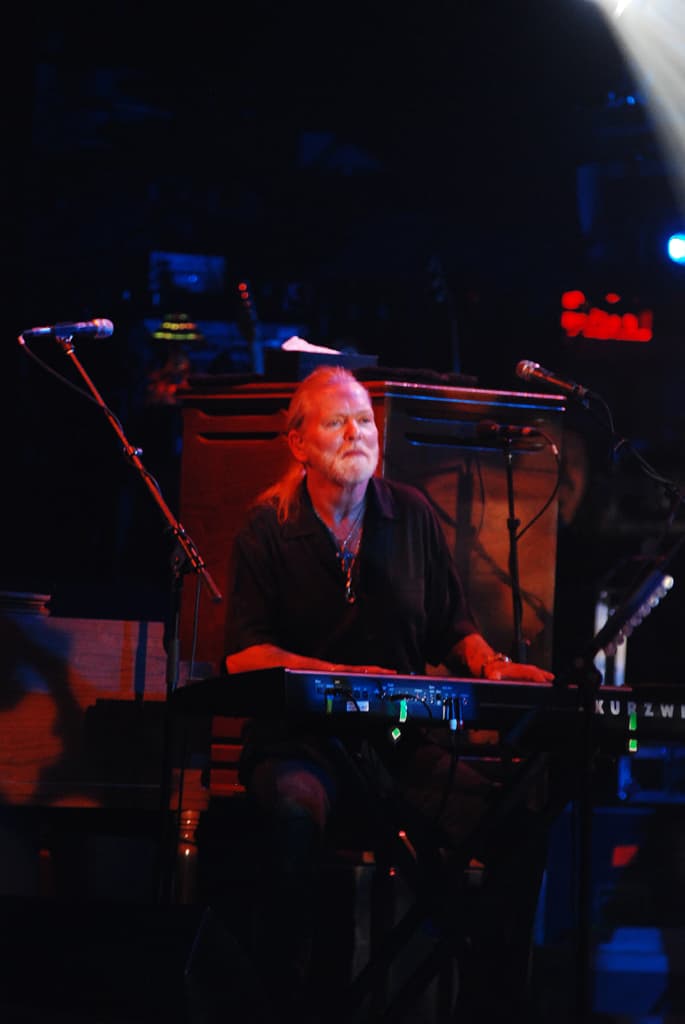 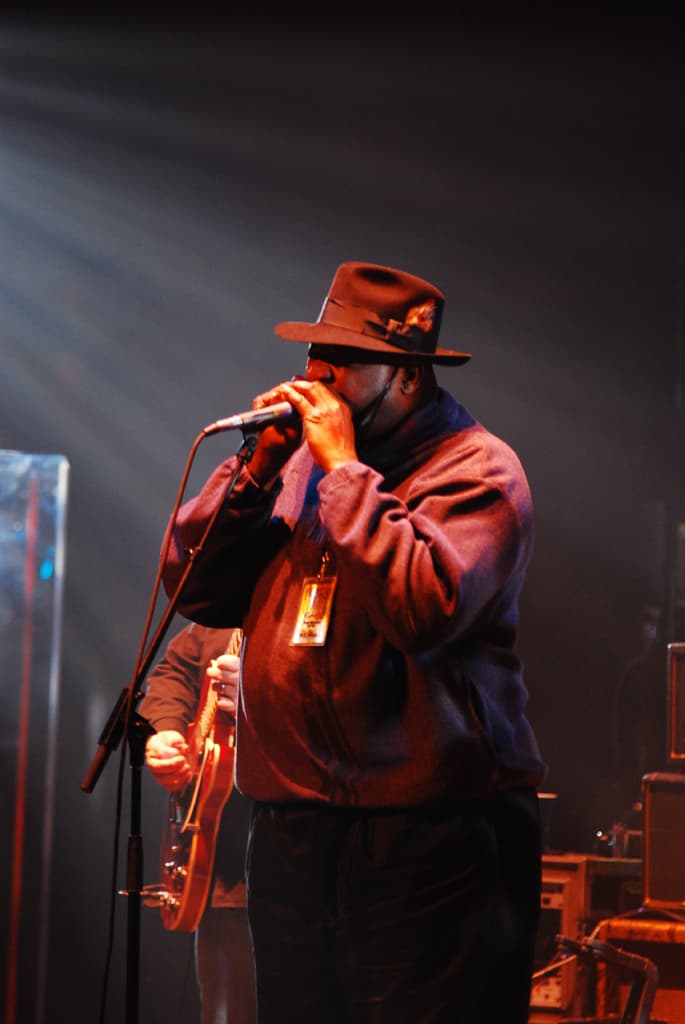 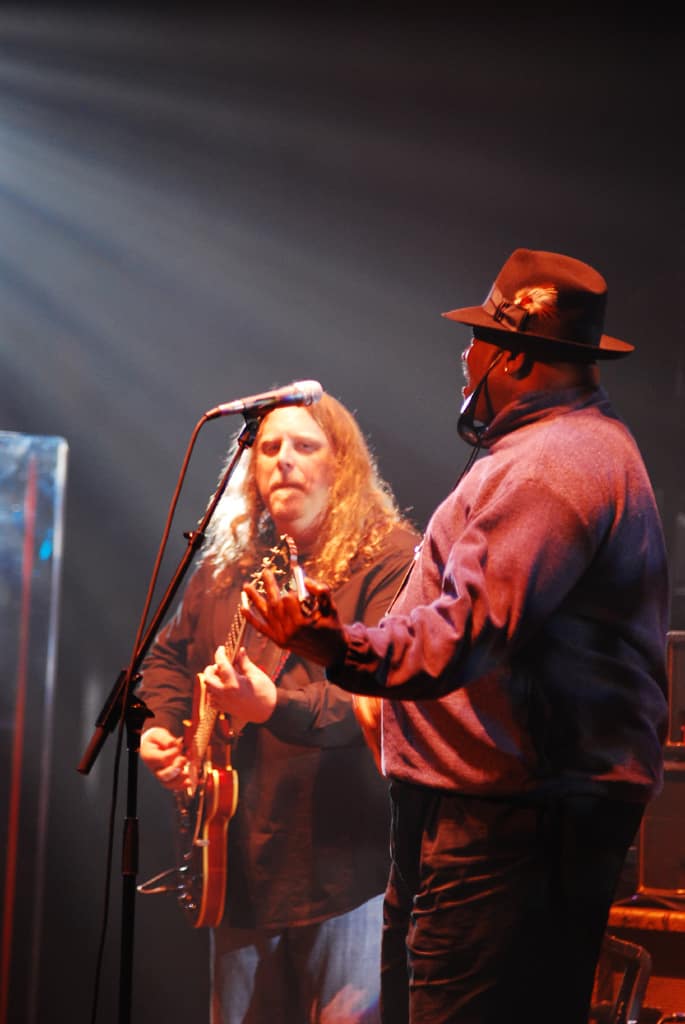 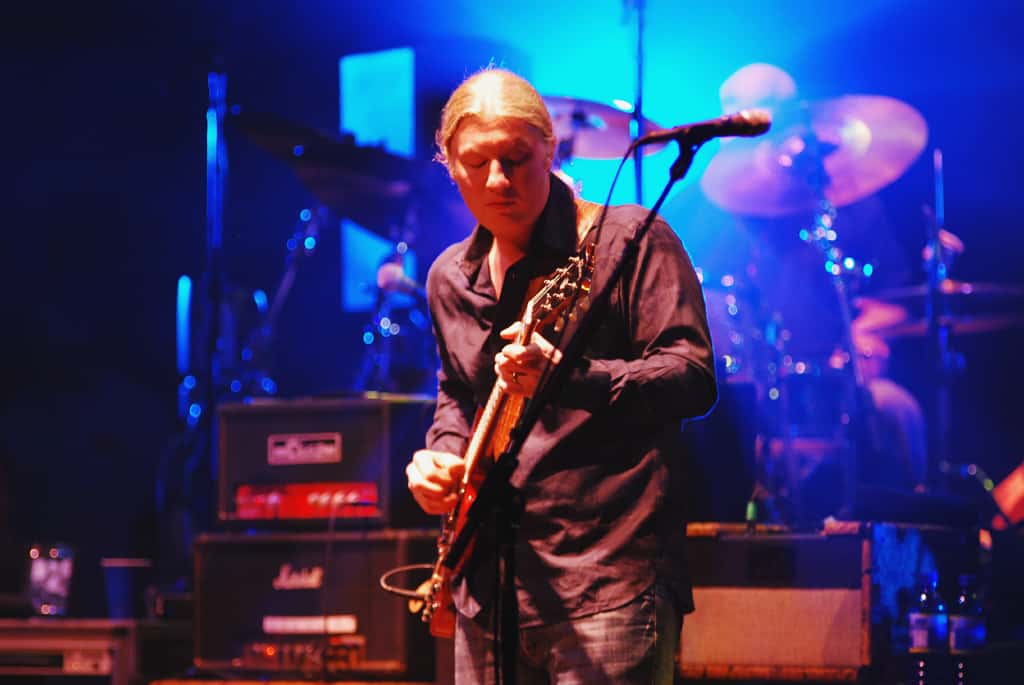 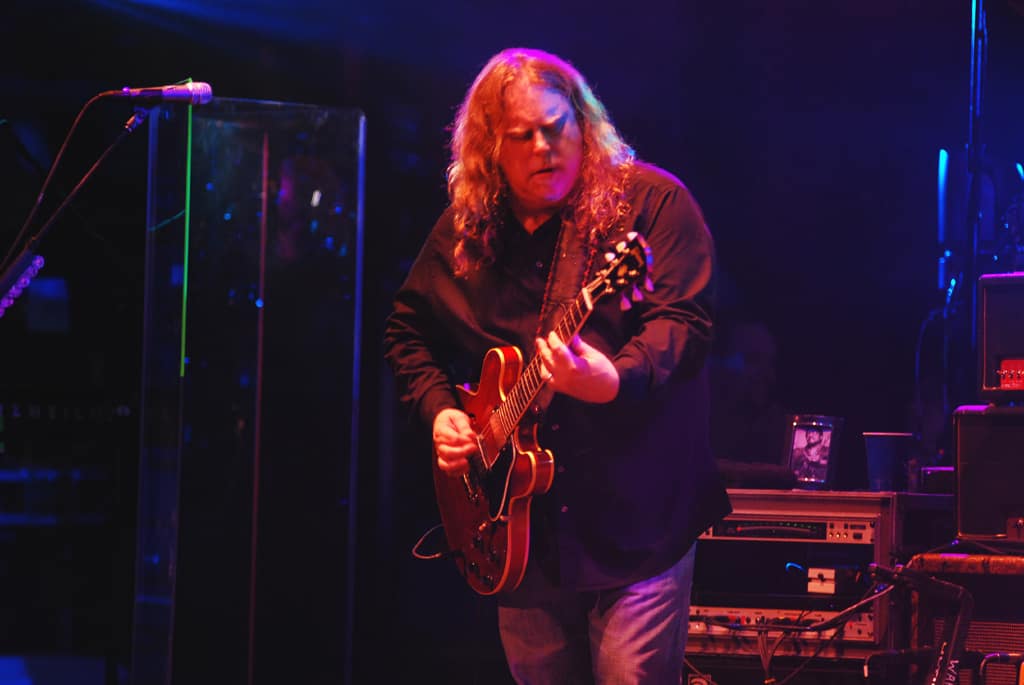 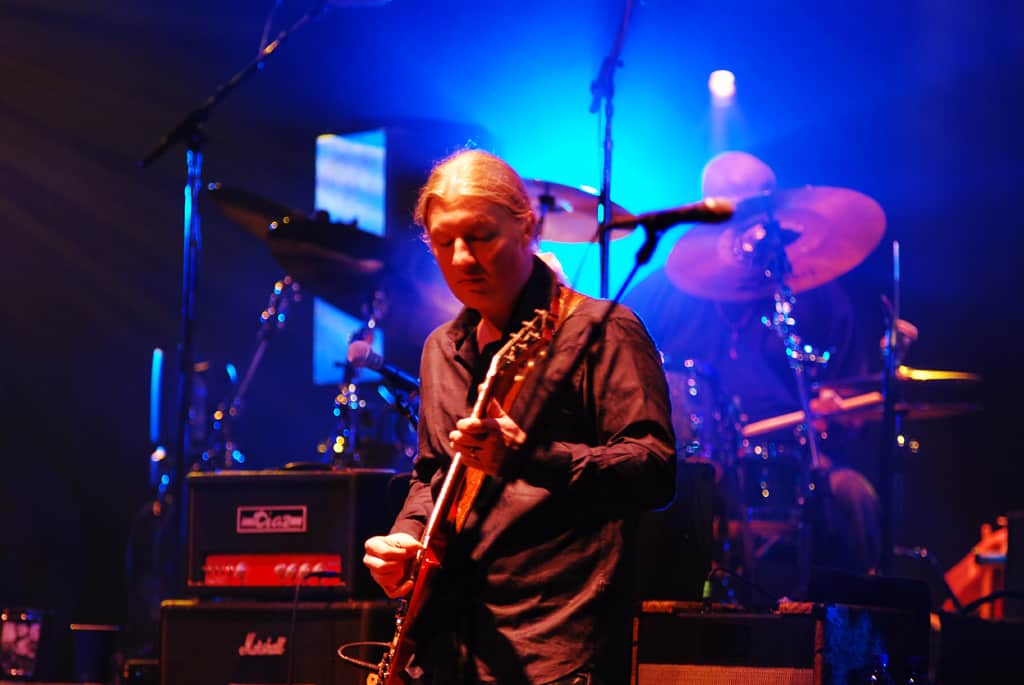 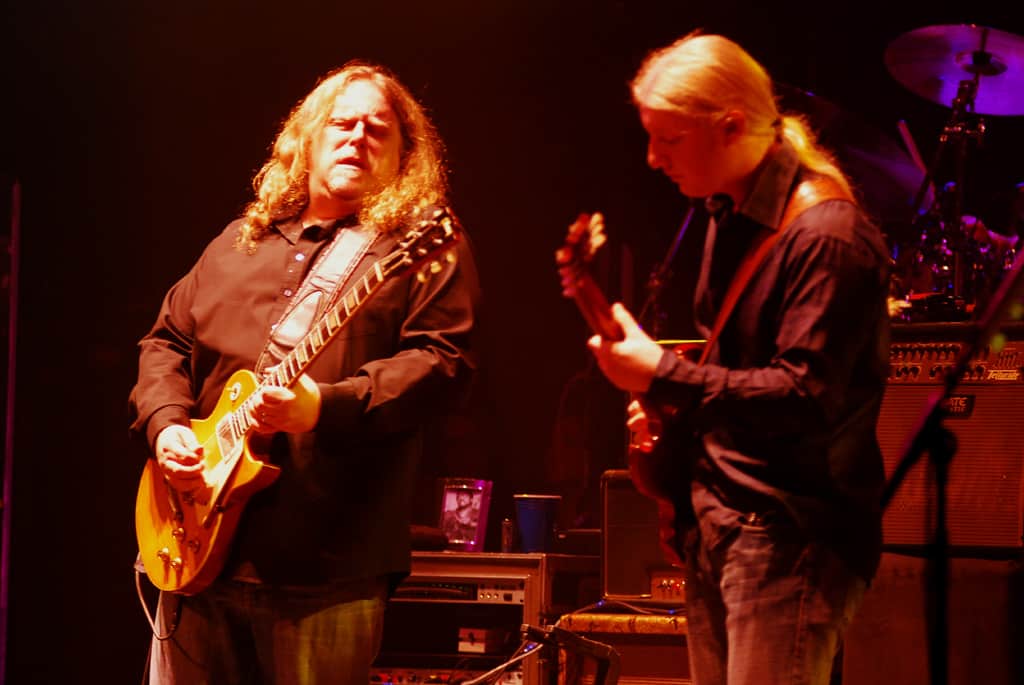 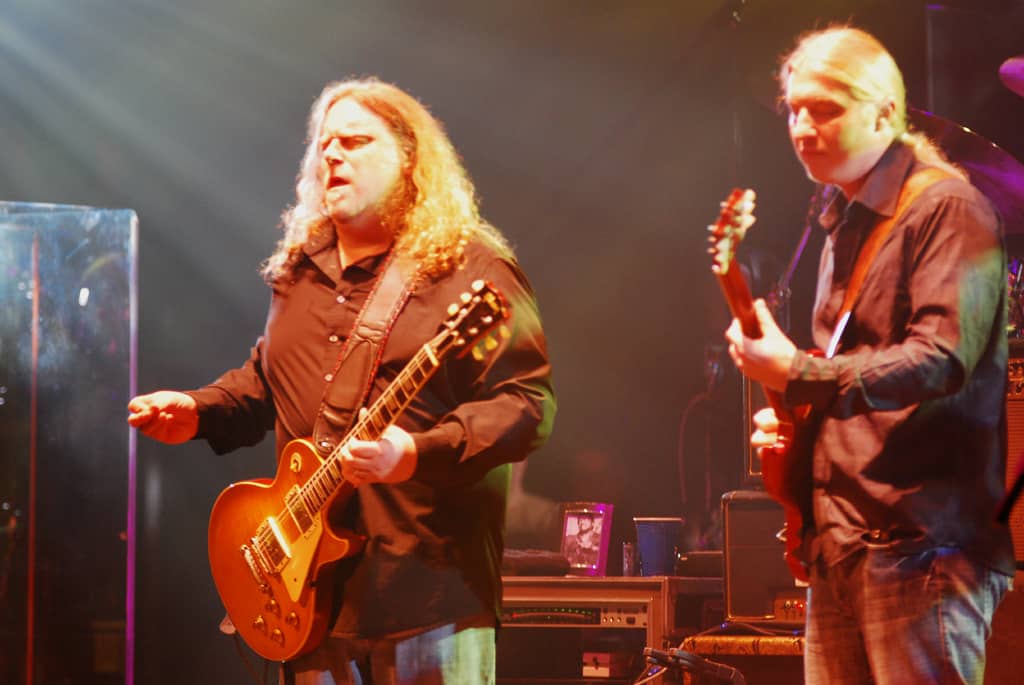 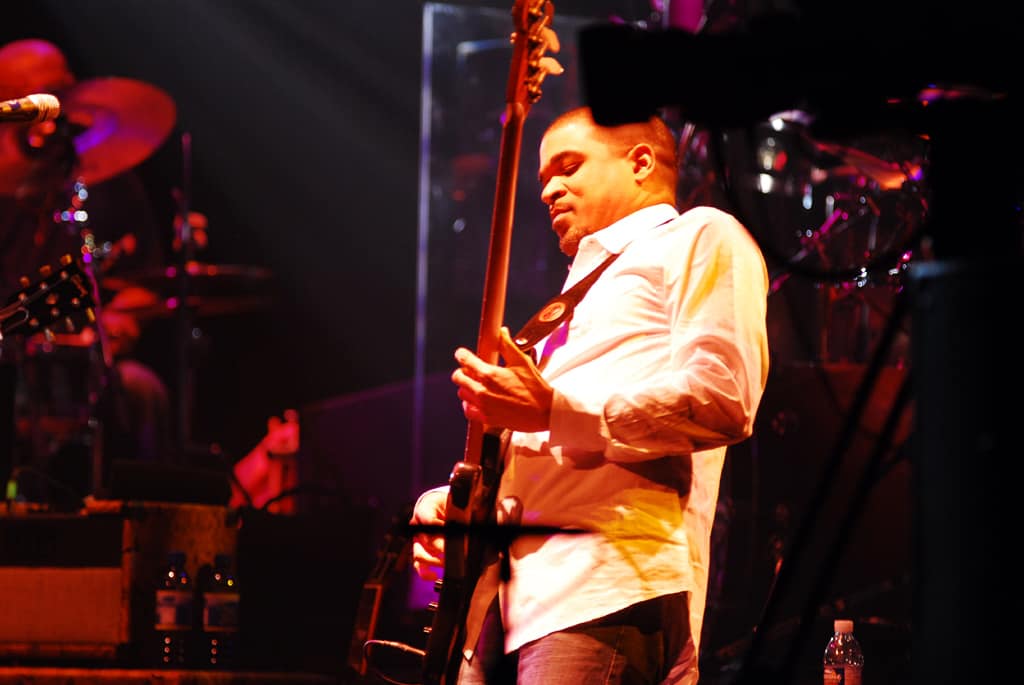 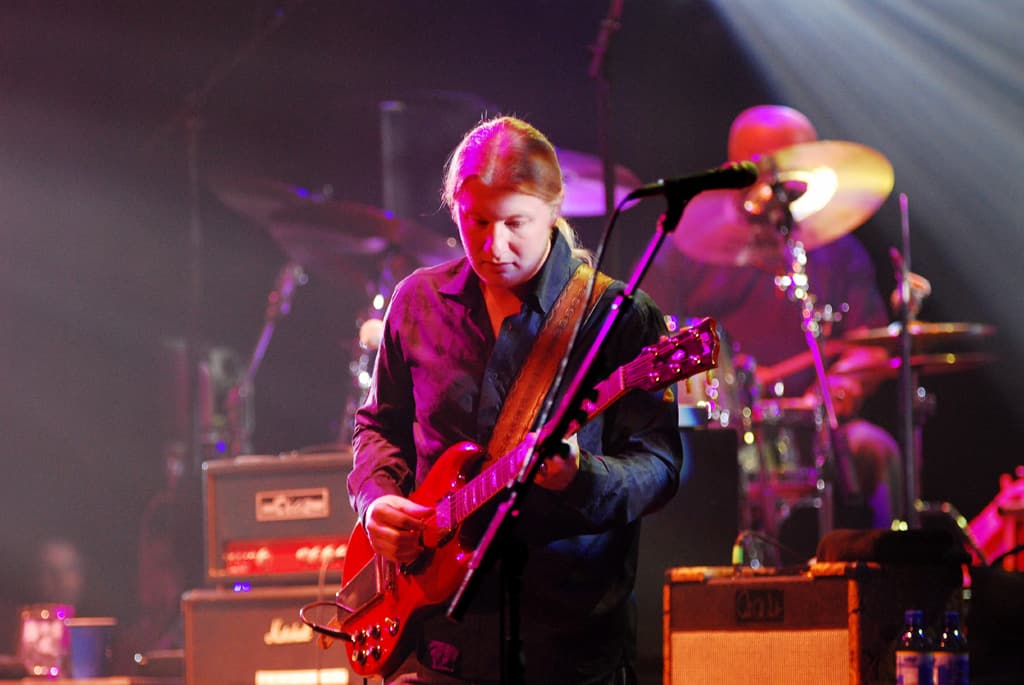 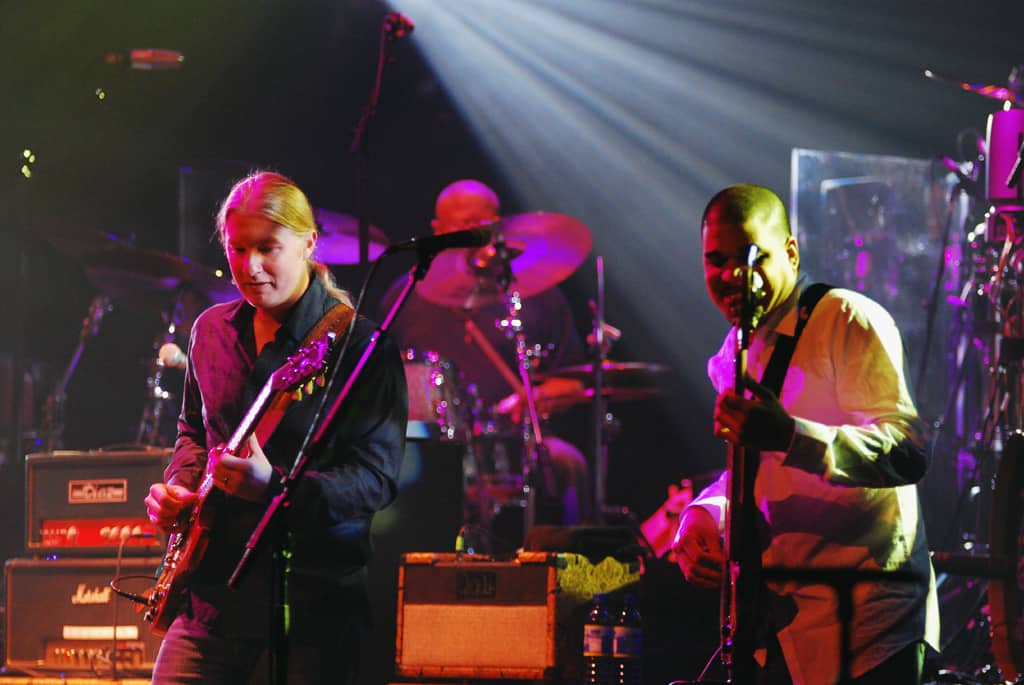 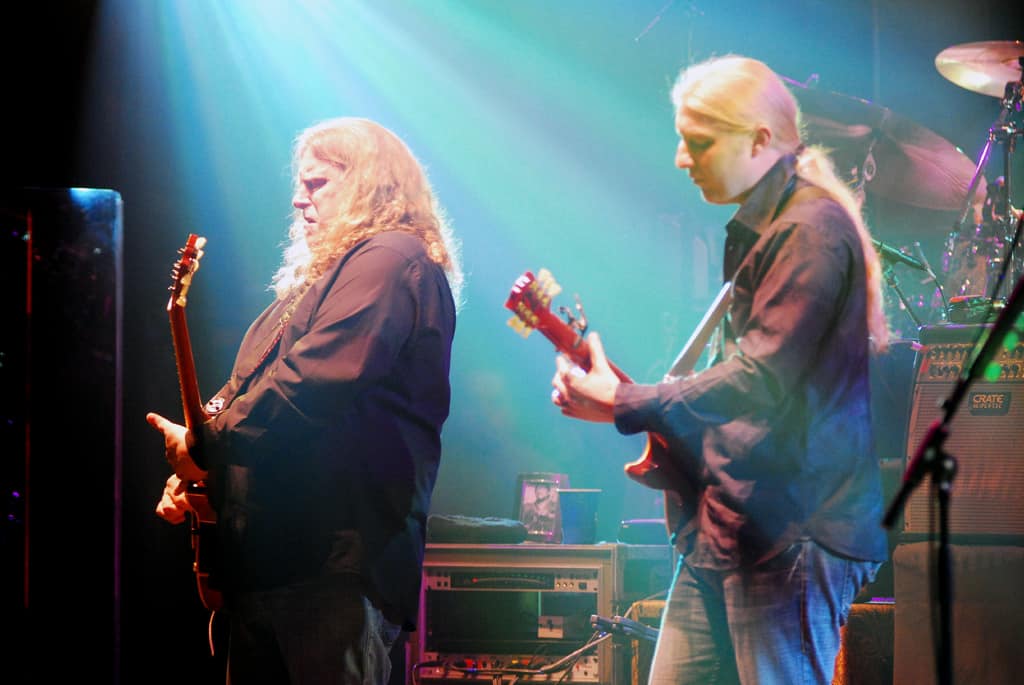 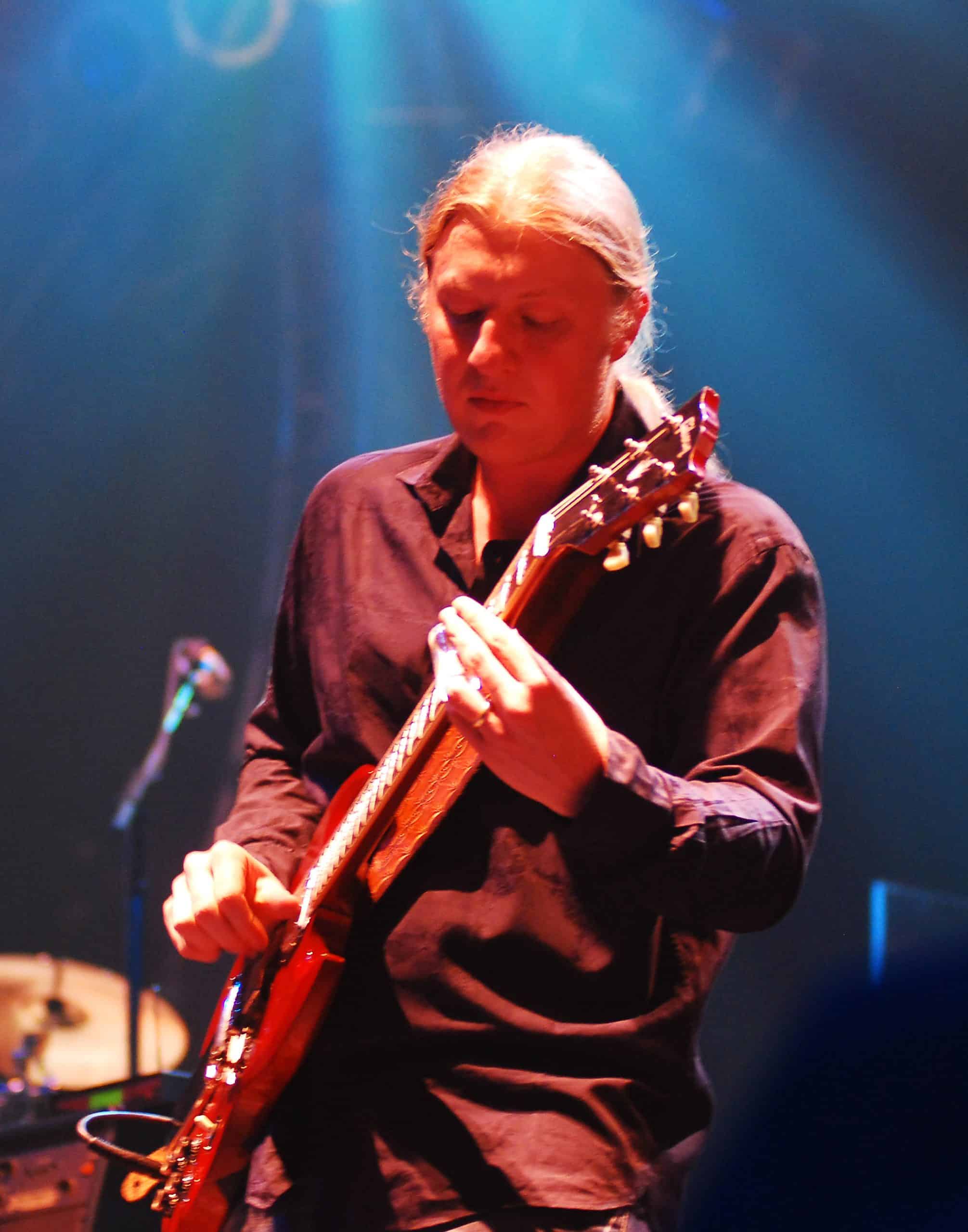 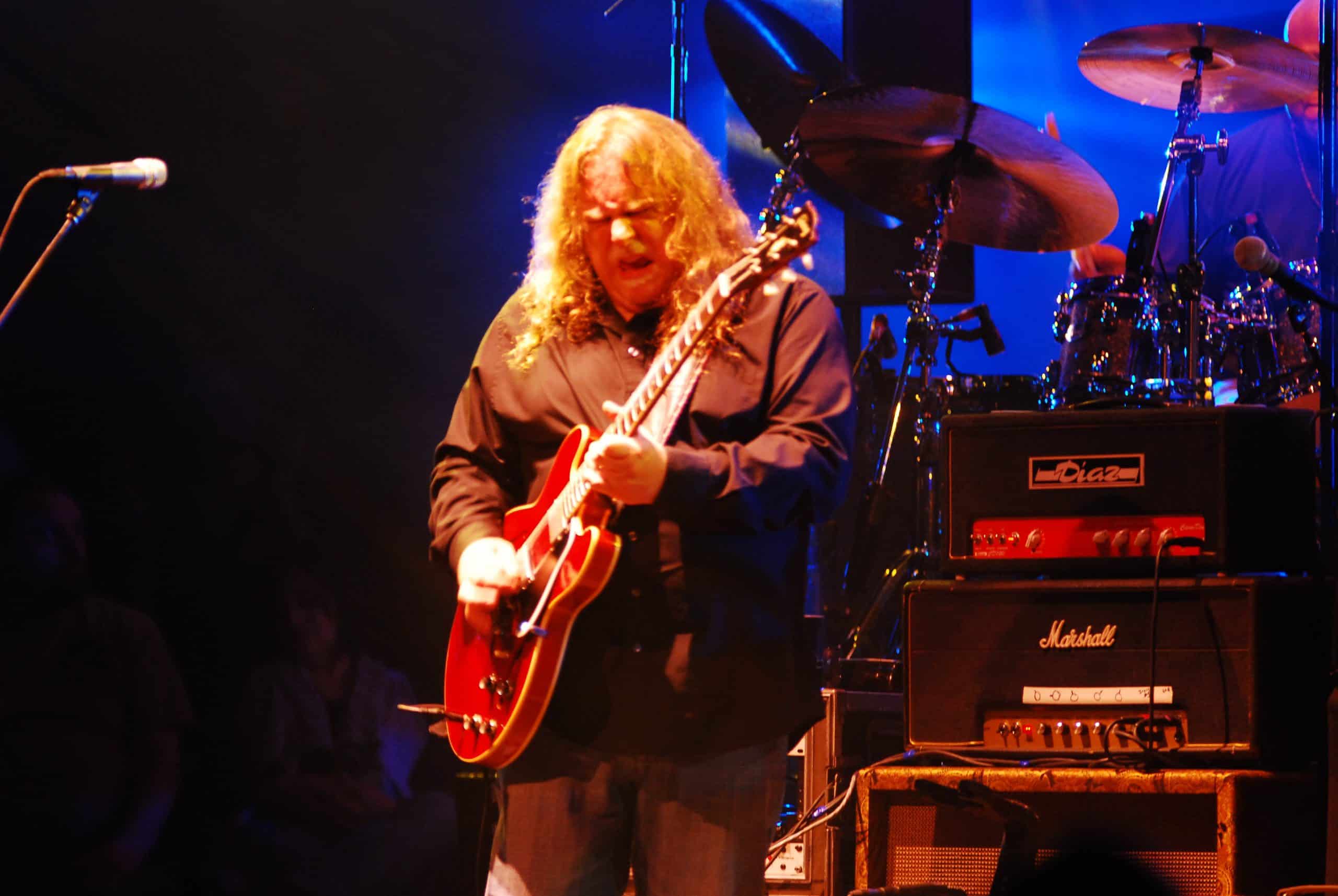 I’m disinclined to write as long a review as I have in the past, because everyone has Moogis now and gets to see the show at home, and besides, I forgot my notebook…

So the beacon is beautiful, shiny, classical, and majestic, and has “new theater smell.” Much has changed, and on balance I’d have to say the changes are to the good. It feels a little more formal, perhaps not the best environment for a hall full of Peachheads, but on the other hand, hey, we deserve it.

Derek crunches up the “Little Martha” opener, it is both faithful and fresh, and sets the tone for the night, and the run. Warren dirties up “Don’t Want You No More,” Gregg wrings all the juice out of the “Not My Cross to Bear” vocal; Warren feels him back, plays expressive blues. Derek says hello with some fat, hanging slide, then dashes up the fret board to a cat scratch crescendo.

A drummer gumbo heralds one of my favorites, “Gilded Splinters.” Then “The Same Thing,” Warren goes all skanky, meanwhile Oteil is having himself a little party. Warren and Derek finally careen together and the band smashes to a close. Then a big “herald” kind of space, like before “Les Brers” or “Liz Reed,” and the band is into a new instrumental, open, airy, jazzy, spacy, chimy. Derek slips into the song, like a guy with a newspaper easing into a hot tub; then when he’s good and ready he goes. Oteil pours buckets of bottom. It’s good.

“Leave My Blues at Home” locks in, Derek stings, it ends with a bam! Then Taj Mahal sashays out for a killer three-song set… On “Leaving Trunk” his harp and Derek’s guitar meld together. “44 Blues” wobbles along, a joyous rollick; Derek and Warren go a different kind of crazy. Greg chimes in nicely, then Taj caps it, tossing a pitch perfect Howlin’ Wolf imitation into the vocals. Then ”Statesboro Blues” brigs the set to a fun, sweaty close.

Levon Helm and posse are on stage to open set two, beginning with a lovely “Ophelia.” Derek steps forward for a round, then Oteil, then guitarist Larry Campbell, then Levon sings again; Brian Mitchell pounds out some nice honly tonk piano. Helm’s kit is on the right side of the stage , and he, Derek, Oteil, Campbell, and singer Teresa Williams seem almost like a little mini-band within a band. Campbell plays pretty lines on “I Shall Be Released,” and Warren nails it. Then “The Weight” is almost too much fun. Levon sings two verses, Gregg sings the third, beautifully, then Taj Mahal comes back out to slay everyone with the last verse. Derek’s melodic lilt is, I don’t know, lilting and melodic. Whew. Big fun.

“Black Hearted Woman” is a big set piece. Then an upbeat “Stormy Monday,” out of which the “Mountain Jam” mist fills the room. Finally they turn over into the song, laying on a big noisy front end. The band chugs along like a steady rollin’ train; some pretty Warren exposition on slide; he tosses in a little “Birdland.” Derek and Oteil respond in that “the band is a living organism” sort of way. Warren casts high curving solos into the mist… then into drums, but never just drums. Derek and Oteil vamp with the drummers, then back to the theme, then away. One of the spaciest “Jams” in recent memory. Warren comes on to lay down a little extra impetus… as if that is necessary. Then into a majestic back end, and an exquisite soft touch down, Derek wailing over the top with a sort of “Friend of the Devil” feel. Then a false ending, more theme, and finally Butch booms out the night. The “Southbound” encore is a nice way to unwind.

Really, a hell of a showing for the first night.

I would love to get a copy of this 3.9.09 show. are there any boards of this show or just audience copies? i have plenty of Panic and Phish goodies to trade. email me at: