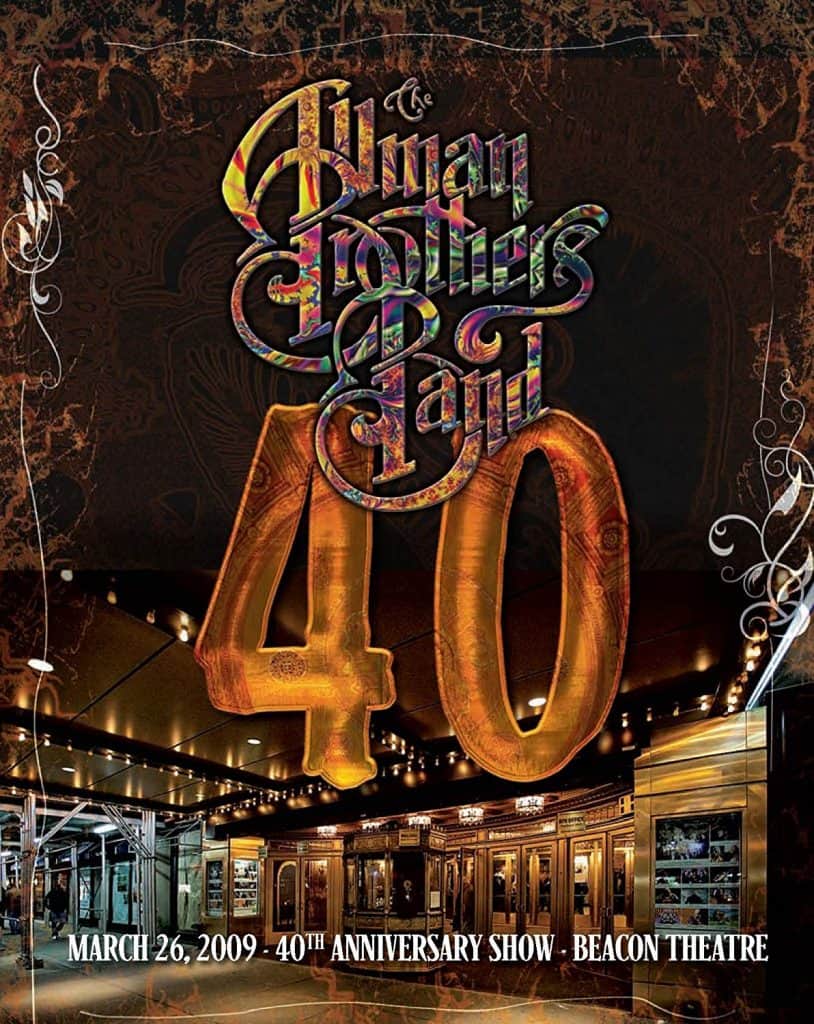 By 2009, the Allman Brothers Band had morphed into a line-up that consisted of Gregg, Jaimoe and Butch, guitarists Warren Haynes and Derek Trucks, bassist Oteil Burbridge and Marc Quinones on percussion. In tune with each other musically, philosophically and personally, these players were hitting on all cylinders as they prepared to mark the band s 40th anniversary with a no-holds-barred celebration during the group s annual stand at the historic Beacon Theatre in New York City. This rustic venue had become a favored spot for the ABB to play in Manhattan, in the tradition of the Fillmore East. This 15-show run was dedicated to the memory of Duane Allman, and accordingly, some very special guests came out to pay homage to the man known as ‘Skydog’. Sixty-two artists, including Eric Clapton, Levon Helm, Phil Lesh, Bob Weir, and Buddy Guy were there, with someone of note sitting in during every show, except on one night. March 26, 2009, marked the exact 40th anniversary of the first time Duane, Gregg, Jaimoe, Butch, Berry and Dickey played together, and so this performance belonged to the Allman Brothers Band, and no one else.

The current band decided to honor the original six by playing the group s first two albums: The Allman Brothers Band and Idlewild South, back to back, track by track. Like a tiger unleashed from a cage, the band pounced from the opening moment of ‘Don t Want You No More/Not My Cross to Bear’, and the power and fury only went up from there. Seven men were playing as one, each feeding off the energy from the others, communicating in a non-verbal, mutually understood musical conversation.

40: A very special number, and this DVD proves why the Allman Brothers Band is a special group indeed. Savor every note of every song, because chances are a band the likes of this one will not come our way again.