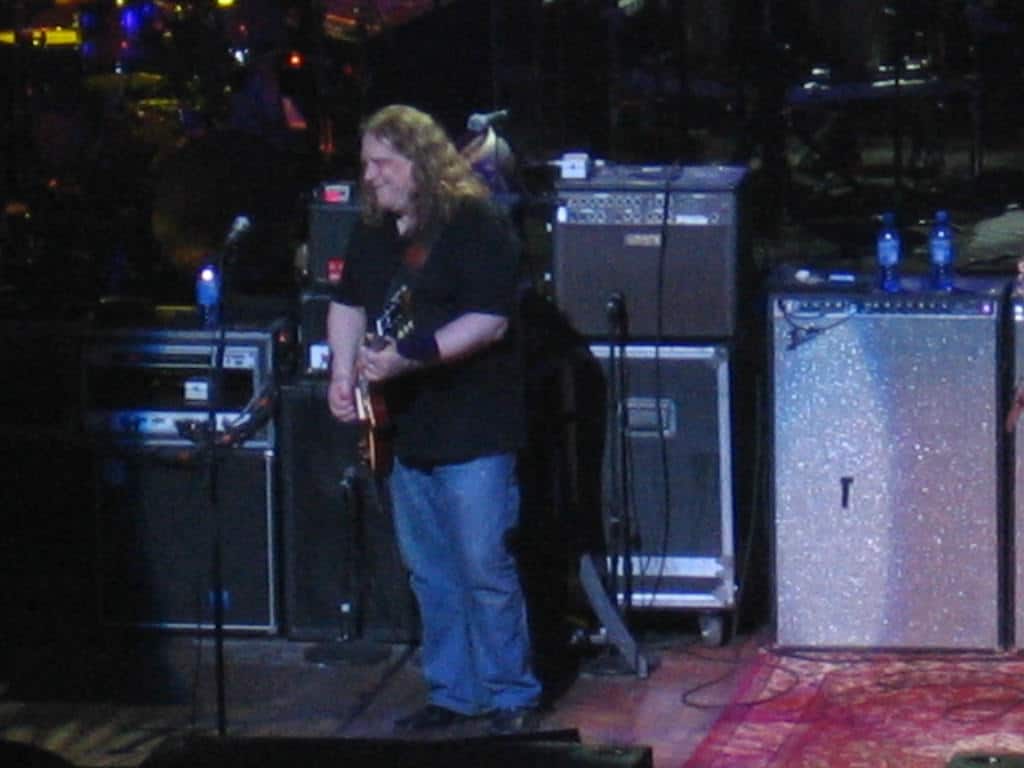 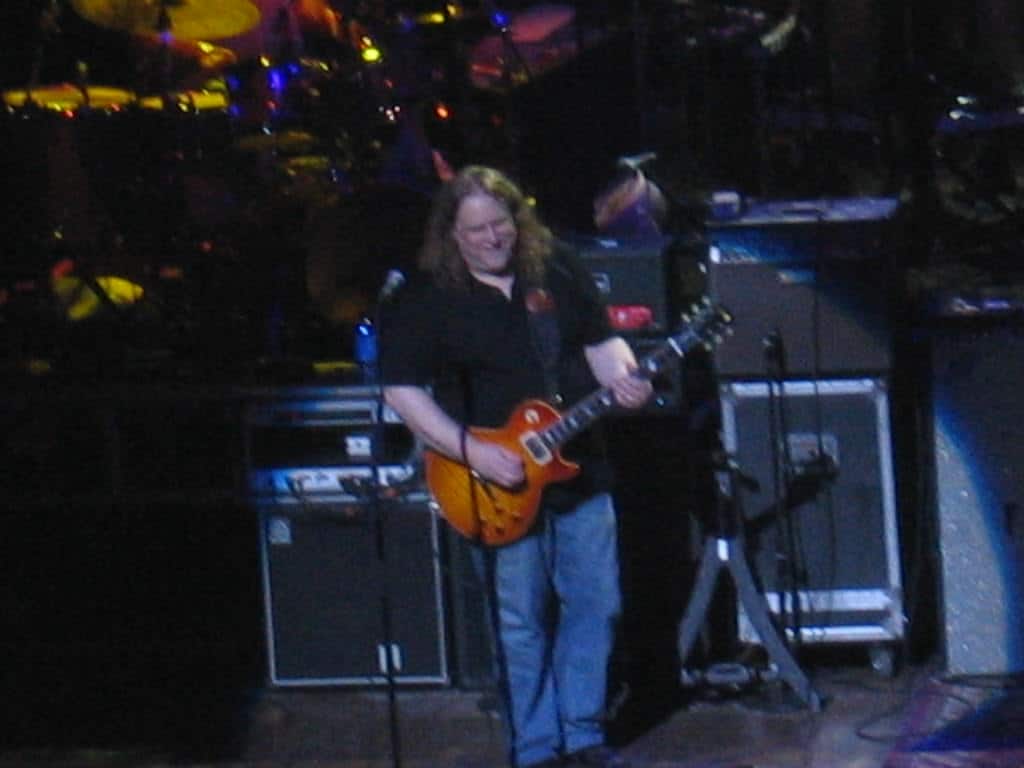 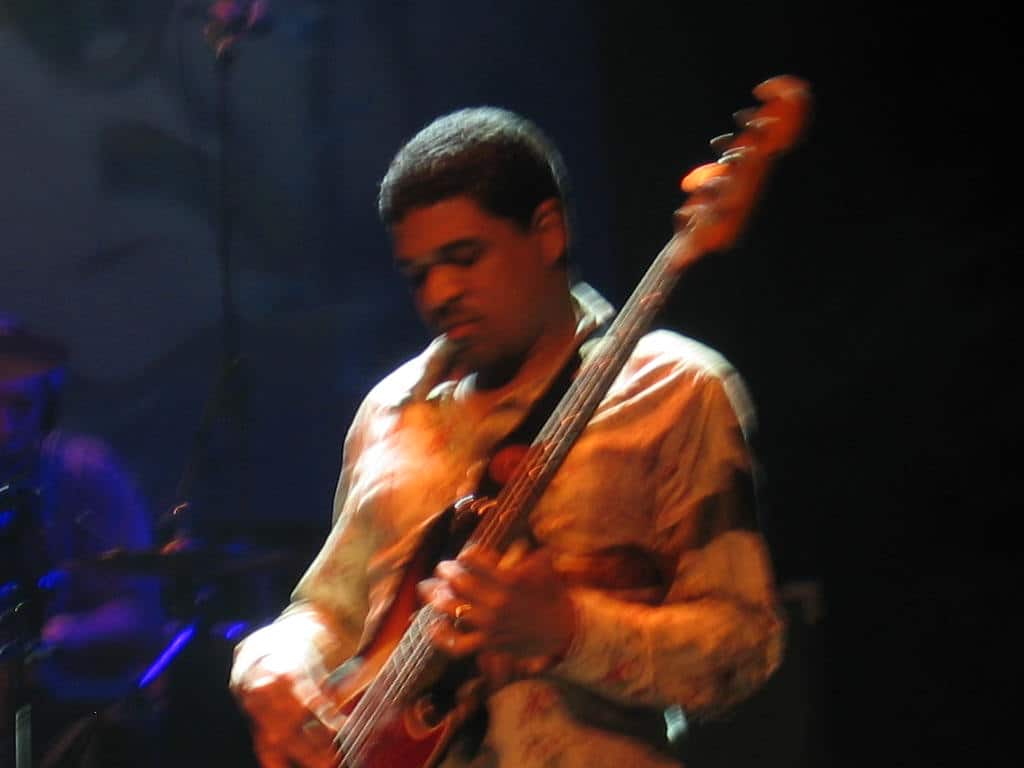 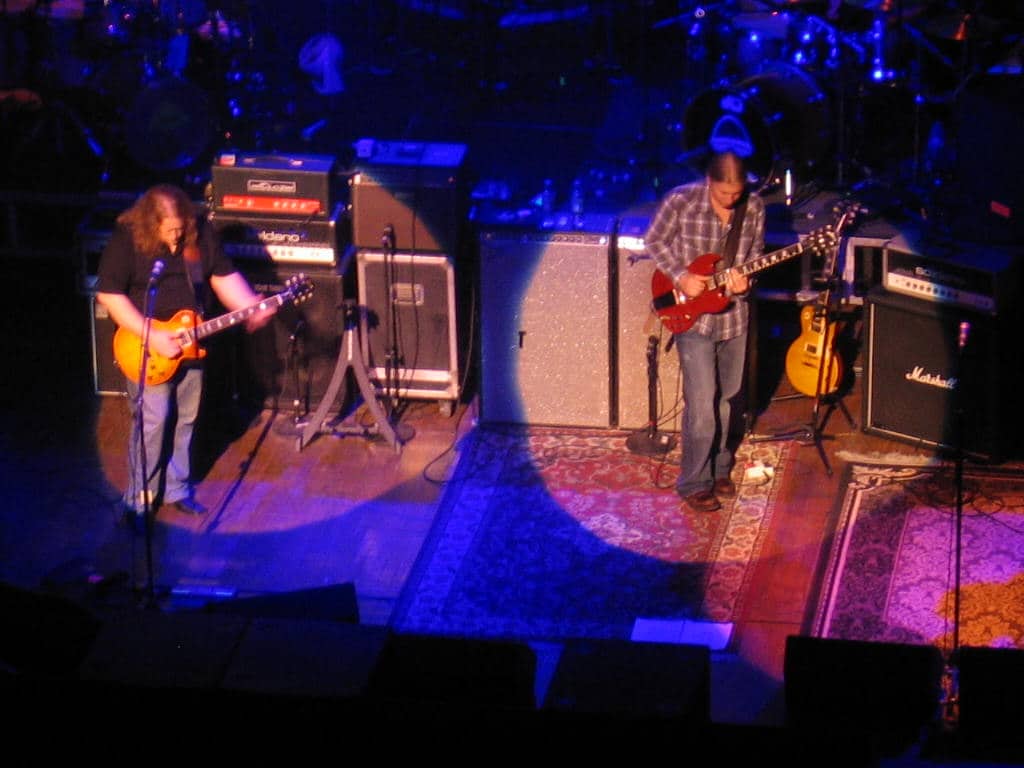 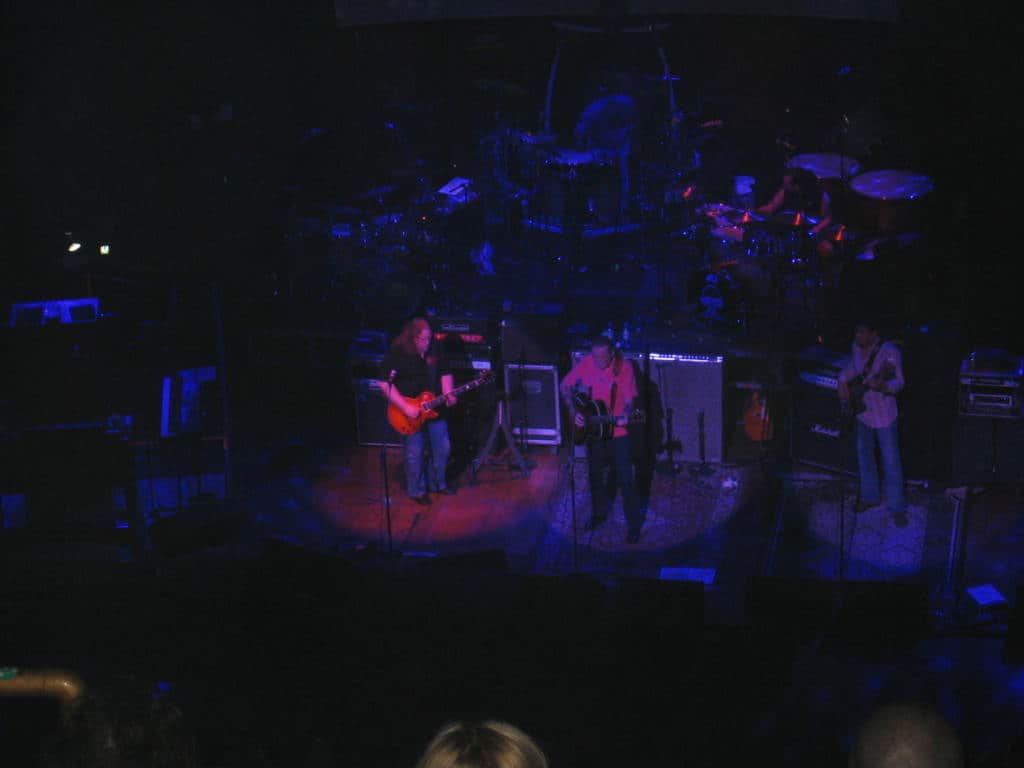 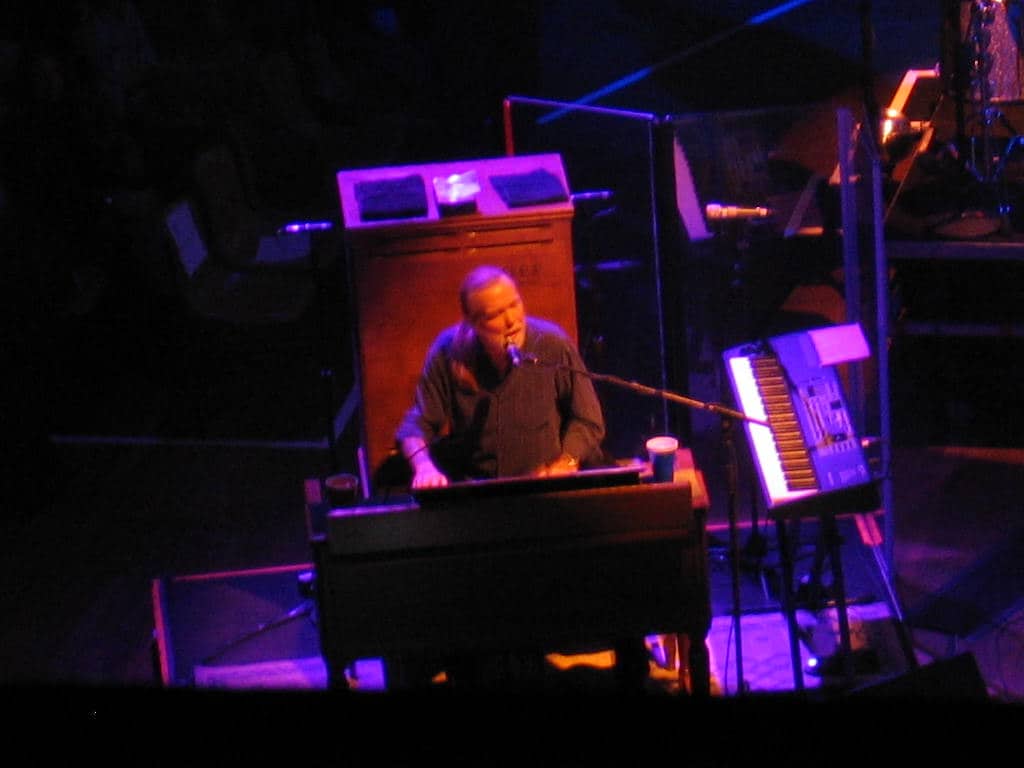 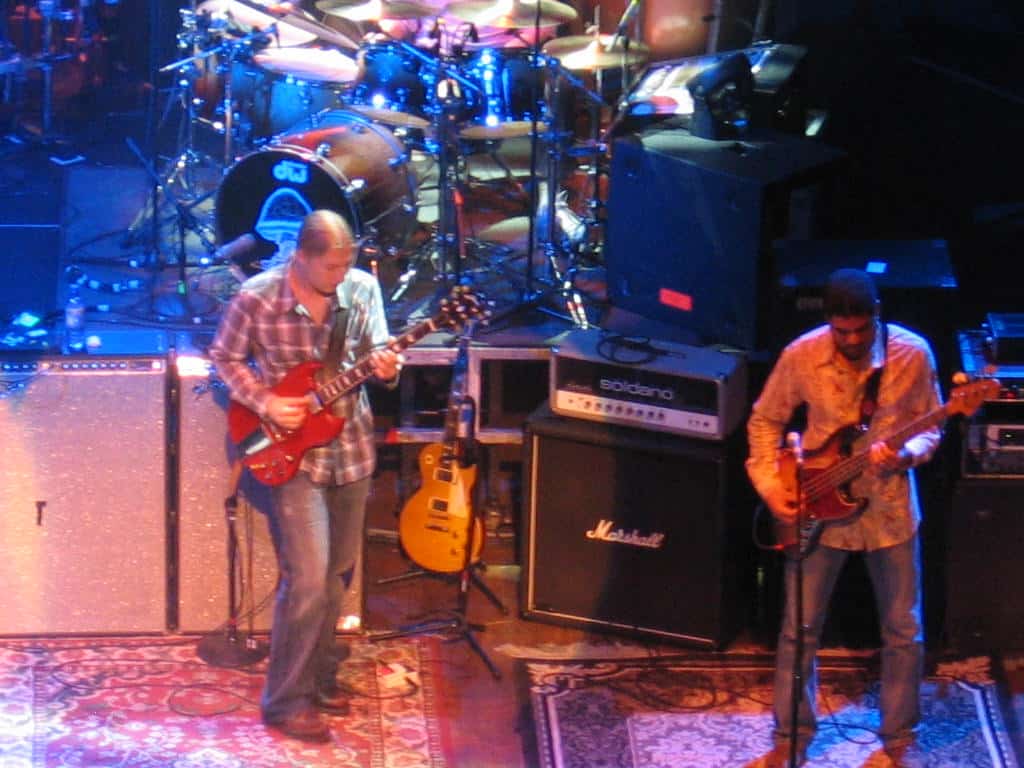 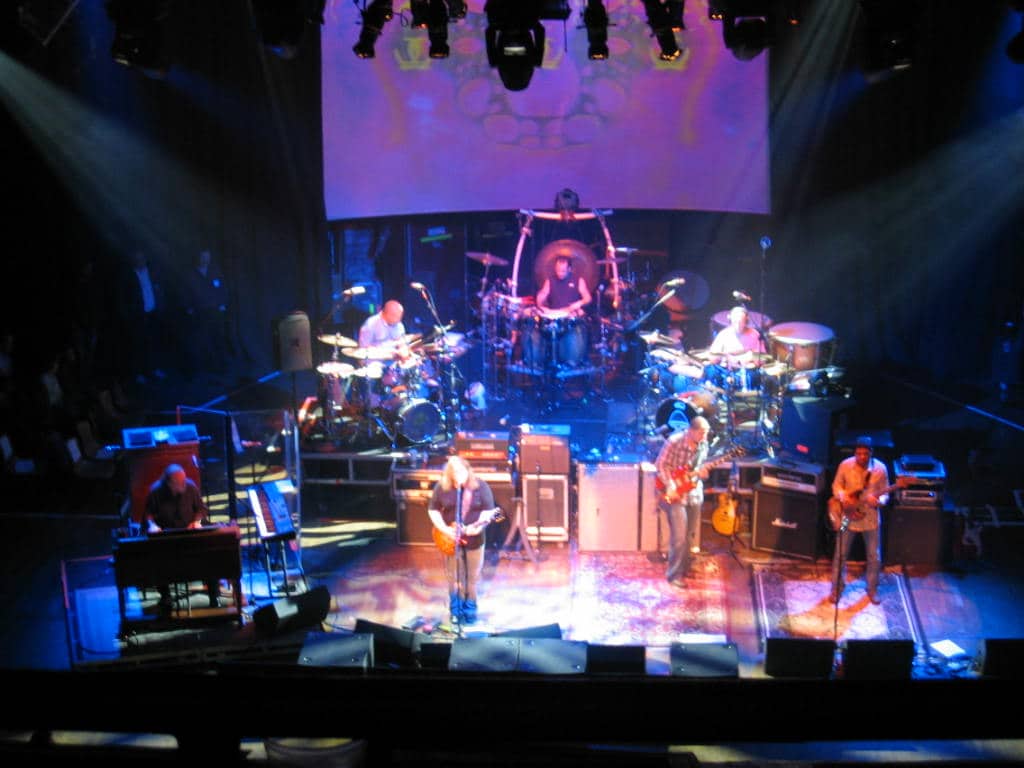 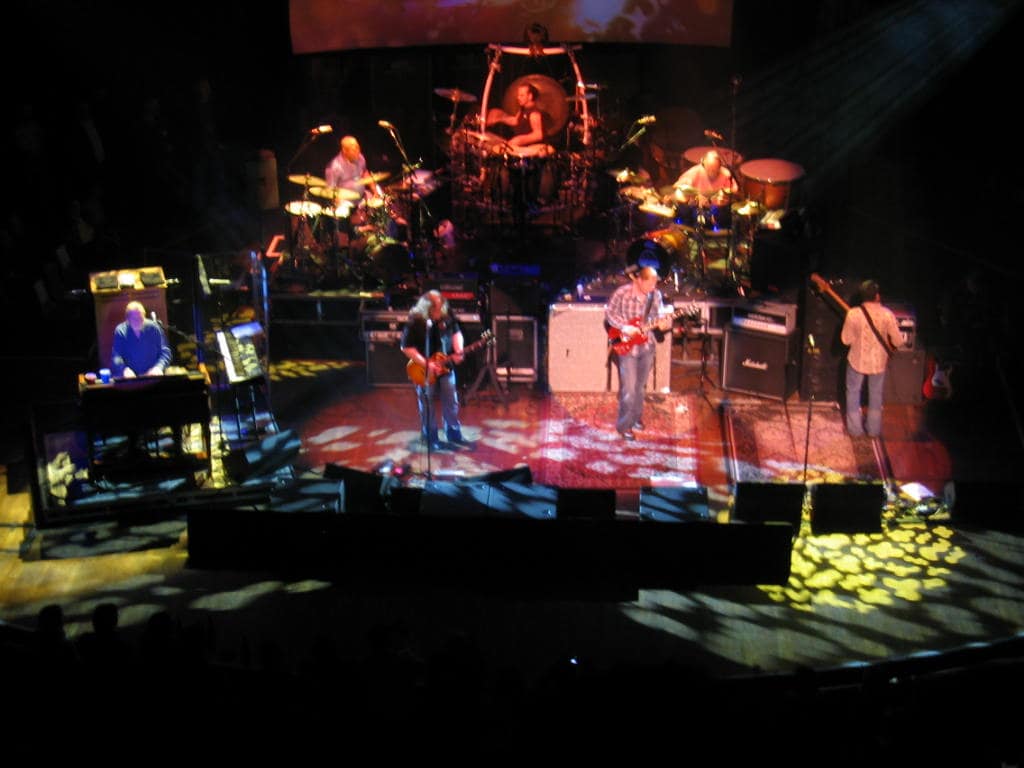 joe-beacon said it all –lousy crowd,lackluster performance,maybe the abb’s worst at beacon only to be followed by one of their best at beacon on 3/22

opening night . show was ok bear stern was having the party . most of the people in the place really didn’t seem to care who the allman brothers were most of them were talking about there work while the band was playing. i had to tell atleast ten people to shut up while the music was playing . i had a feeling the band wasn’t to into this show all the song were played real fast it seemed like they just want to get out of there and get the show over ,get away from all the coroprate idiots that were there .the band seemed just to want to get to thrusday when the real fans were at the show . for example jessica was about 8 minutes , one way out was 6 minutes , leave my blues at home with the drum solo was only 20 minutes . hoochie coochie man 7 minutes . myself i wanted out also i just couldn’t take all the suits and there talking through out the music . they had no respect for the music . anyway can’t wait untill thrusday when the real fans get there …joebeacon

Into the Mystic
One Way Out

A little after 8PM last night, the sun made its way across the equator—the vernal equinox, marking the beginning of spring. Here in New York City, though, we didn’t need a weatherman to tell us that spring had arrived. Because at roughly the same moment, the Allman Brothers took the stage at the Beacon Theater in a “pre-run” Big House benefit gig that heralds Broadway’s favorite, and longest-running, Rite of Spring.

Oteil is spider-fingers on “Hot ‘Lanta,” bouncing all over the fret board. Gregg takes the first solo, then Derek pinches off a big note that melts into a fretted solo. Then Warren squeezes one out, then a drummer interlude—“OK, all present and accounted for!” Derek and Oteil huddle close together over the close; an auspicious beginning.

Gregg is in particularly strong voice on “Don’t Keep Me Wonderin’,” Warren takes the first solo, then Derek takes that stretchy note that announces the song and turns it into a slide solo, his guitar crying out in sweet pain. More powerful vocals on “Trouble No More,” and a Warren fretted solo.

Out of the ashes of “Firing Line,” the band segues into a slow voodoo blues groove over a purple mist; Warren provides some extended foreplay soloing over a sort of Santana vibe, on and on, until finally falling into “Who’s Been Talkin’.” Just the fall into the song proper is a sweet release. Warren plays from the belly, from the big, sweet stanky pocket, hot piercing blues. Derek steps forward, and the cool side stays cool. But Warren pushes him with his rhythm playing, and Derek responds by doubling his speed, then he doubles it again, and now the band is chasing after him at breakneck pace. Warren finally catches him with a note that pierces the sky, pulling the band back into the verse, culminating in the fade-out singing of “I’m the causing of it all.” Then the band brings it way down and the two guitars do the tiny dance, Oteil bends out a new riff, Warren plays little funk chord exclamation marks straight out of James Brown, all in that restrained, tiny space. Derek’s quiet solo is all about being there and not there, Warren perfectly accents Derek’s absence, until finally the band puts the song to graceful rest. Outstanding, and a stone cold highlight.

“Standback” is more ringing than rubbery; toward the end the band hits a stop time for Oteil to thump out some solo lines before hitting back into the vocals. Derek and Warren embrace the song’s lick in harmony tandem like a little piece of Rock Theater.

“Stormy Monday” wafts over the room; Gregg is as fierce and “present” as I’ve ever seen him, and he is actually showing off as he sings the hell out of the verse. Oteil plays a rolling bass line underneath the vocals. Derek enters on a big, resonant glassy note that gives way to the blues; Gregg steps forward with a confident flash, then goes all Ray Charles fancy-pants blues on the B3, his solo eliciting the kind of ovation usually reserved for the string wielders. Warren plays some blues, then Gregg cuts in and grabs the song by the throat with his to sing the final verses. Another highlight.

“Maydell” is next, and Oteil seems to be having way too much fun considering the simple bumpa dumpa of the song. Then “Instrumental Illness” to close the set. In the past, “Illness” has been hit or miss, a meandering piece that works or not on the strength of the solo sections. But the band has obviously been working on the arrangement. There is a dry, almost sparse sound to the guitars over heavy rhythm, Oteil locks in with the drum army for a rhythmic wall of sound that ladles out the gumbo; then another round of the Big Rhythm, the song almost moving into “Walk on Gilded Splinters” territory. It is the most elegant space I’ve heard them take this song. Soon Warren is just flying; every eye in the band is on him, Gregg leans in to watch, the band is racing along with him. Finally back on the song’s defining riff, then the song falls away piece by piece to nothingness… Warren queries Oteil musically as the song ends… but then Oteil thumps it back up and the band is back for one last reprise. It is the best version of “Illness” that I have heard, tight, rhythmic, simpler, more direct. Well done.

The second set opens with Gregg on acoustic, with Butch and Derek off stage, for a surprisingly robust read of “Midnight Rider.” Gregg introduces it with a bluesy acoustic guitar, and it is a bluesy, minor chord take. This is a song that has become something of a just so story in the set; it basically sounds the same every night. But not tonight; the arrangement is all blues, closer to the Gregg Allman and Friends version. Warren plays the solo as a blues, not the usual soaring lines, sticking closely to the one chord. It is nothing less than a reinvention of the song, and a welcome one; Gregg leads the crowd in some “na’na” sing-along over the end.

Out of the embers of “Rider,” Warren offers up some blues intro lines; as the band assumes normal position, Derek joins him, and the two of them trade rapid fire blues opening statements before the band tumbles into “Hoochie Coochie Man.” The song sounds fresh. Then “End of the Line;” over the end, Oteil drives, while Derek plays shrill against him.

Next up is the staccato funk of “Just Before the Bullets Fly.” The front line wails on the play-out, Warren totally feels it, then Warren and Derek fall into a nice bit of twin harmony rhythm, leading hard into the close. Bam. Another highlight.

Gregg plays a nice barrelhouse piano on “Statesboro Blues,” then Derek plays some rich, milky lines in his solo. “Leave My Blues at Home” is up next, a nice choppy version that quickly gives way to the drum interlude. Marc pounds out a triplet pattern, and the others fall in. Oteil takes over Butch’s kit, Butch sets up next to him on the Timpani, and suddenly it’s a four-man percussion orchestra. Not surprisingly, Oteil is all about the syncopation. Jaimoe rides high, accenting Oteil’s jazzy funk. Then Oteil hops off the drum riser for his bass solo, hewing closely to the bass line of the song, then going off against it, then moving back into the song as the band takes the stage again and falls in with him, roaring behind Derek who is riding Oteil’s bubbly wave.

The need for “Jessica” is almost palpable as the band tumbles into the jaunty opening. Warren riffs hard on the transitional portion out of the theme, then Derek darts and flits, then goes all wistful and sublime. On Warren’s solo he races like a gazelle, the band rings like a bell, Warren’s guitar chiming, and Gregg’s organ swells underneath.

The band returns to the stage and creates some smoky, jazzy space, from which emerges “Into the Mystic.” It is a great, foamy, foggy version, Warren singing full of soul. Derek shines a beacon through the friendly fog on his elegant soloing. “Mystic” as an encore! Why haven’t we thought of this before? Then the band stays out and offers up the crowd-pleasing “One Way Out.” Gregg is singing like he has the whole place in the palm of his hand; whatever he has been having for breakfast, I want some. Warren enjoys Gregg being so on top of his game, cackling with glee as Gregg sings the blues.

It is a good, solid show. Not an especially high degree of difficulty, but well-executed. No guests, no break-outs, no problem. If this is the pre-season, then I’d say that the team is coming north for opening day well-positioned to defend the title.