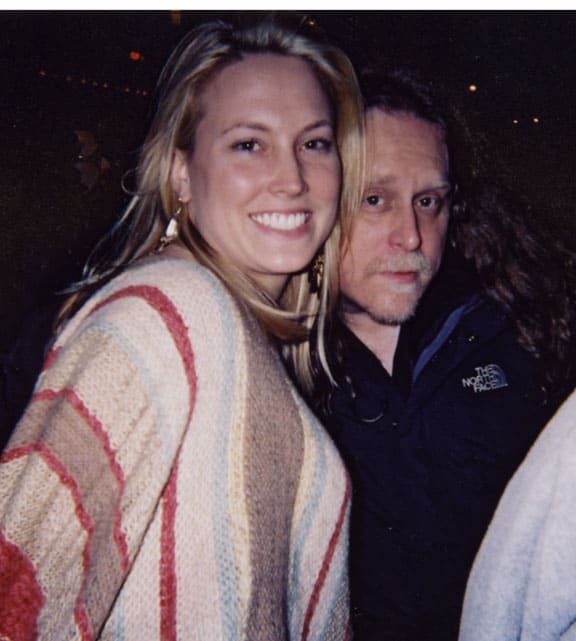 would like to start trading how do i start, if you could help i would appreciate it. Willing to buy some to start

Thanks for a great review, I almost felt like I was there for a minute. And wish I was. Its exciteing to hear of their growth and I cant wait to hear the new material someday.Power to you “brothers and sisters” that made it.

After the first show I was worried the band had peaked too soon.

I am no longer worried.

As the final weekend rolls around, the band is doing two things simultaneously– they are finding, falling into, their “zone.”

And, they are growing. They are pushing, poking, expanding beyond that groove even as they hit it, and evolving into something new, pushing against type, experimenting with dynamics. I figured they’d keep getting better. But who thought they’d also GROW?

I also learned something. I learned it no longer makes any difference what the setlist says, what songs they play. Because with the odd exception (say, “Midnight Rider,” generally given a reading close to the recorded version) pretty much anything can happen on any song.

Bert introduces the band, and with a minimum of fanfare they are into a thundering “Every Hungry Woman.” Taut harmony riffs give way to short, clipped lines. Then more harmony lines, then Derek and Warren playing chords and lines in a 2-guitar attack on the extended outro.

More and more of the songs have these outros. In some cases, the outro is where all the action in the song actually is.

On “Midnight Rider,” as usual Warren sticks close to the studio arrangement; the guitar part is no longer a solo per se but part of the song. Still, Warren manages to inject a distinct majesty. “Firing Line” is low-down dirty mean, the nasty intro and Warren’s solo perfectly suiting what sounds like a dirtier tone from him tonight. Derek plays a vibrant, stellar solo, then Warren a suitably dirty one.

On “Woman Across the River,” Derek packs a wallop early in bursts with short lines between Warren’s verses. Derek plays the blues on his solo, then Gregg lays some organ down over a percussive groove. Derek “does a Warren” on his solo, finishing with furious chording, turning the ball over to Warren for some furious singing. Derek is featured again on the outro. As above, these bits– after the song is over—are among the best bits of the show. This one goes on and on, Oteil throwing down flurries of emphatic notes for Derek to chew on. Then Warren takes the reigns and plays an exclamation point of a solo that reminds us he is, after all, Warren freaking Haynes. He pile-drives the song home.

“Desdemona” is next, and has emerged as a highlight of the set. Gregg plays a short, jazzy solo on the mid-section. Oteil makes himself heard. Then Derek steps up; he has a lot of room, and he’s using all of it. His playing is long, slow, building, vibrating, exploring. He’s got all the time in the world too. Finally, and not before the music is ready to go there, Derek begins the uphill climb to a point of climax. Then, after that, a soft, gorgeous touchdown for Warren.

Warren cools things down before accelerating to another climax. Then the third solo, this one a voice solo as Gregg grabs back the song for the verse.

“Wasted Words” has a slightly extended bass intro before the band flips into the twin guitar intro blast. Warren plays a fresh, vibrant slide solo that totally inhabits and updates the song. After the song proper, Warren is featured on the outro, then Derek plays rhythm and lead simultaneously. Soon Derek and Warren are trading long, languid lines, sometimes alternating, sometimes at the same time. The outro seems to go on as long as the song. It is a highlight.

On “Who To Believe,” Warren’s solo begins with a big ringing note that fills the hall. Then he works his way back to the melody as his solo unfolds. On his section– which seems like an outro for a moment but is not– Derek slides out deliberate notes over Warren’s chording; then leading back into the verse, Derek makes the sky cry. As a friend says, “Haynes’s rhythm work underneath Derek’s solo is the whole thing.”

Warren begins the “Hoochie Coochie Man” slide duel. The guitarists take two turns each. Derek earns an ovation on his final salvo as Warren turns toward the band to cue them in on the song proper. The opening riff of the song gives way to more Derek lead work, the band picking up the vibe behind him. Warren plays a dirty rice solo, the band whips up some red beans in his wake.

“Done Somebody Wrong” is a jaunty set closer after the “Hoochie Coochie” bomb. Derek solos over the band, but it’s that stop-time groove that’s got your ass shaking.

After the set everyone is looking at each other. “That totally rocked, right?” Right.

The band opens the second set with “The Night They Drove Old Dixie Down.” Derek is clearly beginning to “feel” this song; it shows in his melodic articulation of the singer’s story. Next up, a brisk “Trouble No More.” Then Warren treats us to more of that nasty riffing, propelling “End of the Line.” On the outro Derek plays over that dirty bottom, then the guitarists trade lines. Warren shines on the hard gritty edge of the song, his dirty tone just perfect.

Rob Barraco comes out, and the band calls an audible, repeating the medley from night two. “Why Does Love Got to be So Sad?” is a great song for Warren vocally. Derek takes the first solo and you can almost hear the dominoes falling. Then the verse again, and Warren plays a beautiful, ringing solo. Barraco’s solo, typically joyous, is actually the transition to “Franklin’s Tower,” as he is playing that song over the band’s “WDLGTBSS” riffing. Derek is still flying over the top of it all. Then Warren strums the chords to go with Barraco’s keyboards, Oteil steps to the mic, and the place goes nuts. Derek’s solo on “Franklin’s Tower” perfectly blends the two songs; Barraco spats lines of joy across Serek’s soloing like Jackson Pollack. Out of the verse Oteil points at Baracco for a solo, and Baracco lays out some happy playing, then double-times it, and the band fills quickly in. It is release on top of release. Then Warren takes a solo, and Barraco keeps going underneath like its Ithaca ’77. (Dead reference.) Whew. Highlight. No kidding.

The band ratchets down the energy with “Need Your Love So Bad.” Derek is fire and ice on his solo; Warren is a long boil. Gregg is singing the hell out of this song like it is 1979. The guy behind me leans forward to ask me, “How many different ways can you write ‘they f***ing rock!”? It is becoming a challenge.

“Dreams” is up next, and tonight is Derek’s turn. While I am as big a Warren Haynes fan as you’re wont to find, Derek is practically genetically engineered to play this song. It is as perfect a match of song and instrumentalist as any in rock. On the solo section Derek pulls you inward, and suddenly the experience becomes a profoundly personal one, maybe even a spiritual one. You go where you go…

…and then Derek is picking up steam, he begins to pull you back from that space. Your head sways from side to side, you softly smile.

In time, Derek falls into the riff that marks the solo’s end and the band is back into waltz time. It is just immense, a hell of a piece of musical work by this band. There is some exploration out of the end as the song is done, until it settles into the proper musical space for Oteil to launch the bass rumble that heralds “Instrumental Illness.” Oteil shines on the early section. Derek solos, pushing the limits of the song’s time signature. Wherever he goes, Oteil and the drummers find, stick to that 16-note beat. Derek varies the cycle. He plays faster. Slower. Throws out different feels. Whatever he does, the song’s core riff bends– but never breaks.

Twin guitars state the theme, then jazzy bass interlude. Warren takes a solo over a Marc Quinones conga and cymbal beat; now Marc is driving the song. It is almost a Warren/Marc duet. Then back to the riff, and then drums. The drum solo is oddly mesmerizing tonight. Butch tosses in his “The Other One” rhythm about midway through, and the other drummers jump on it. Finally there is a full stop, then Oteil is playing sweet melodic bass lines that evolve into “Little Martha.” He plays a minute or so of the beginning part of the song, then begins rhythmic vamping that inevitably makes its way back to the song’s core riff as the band returns. Then Oteil solos, over the band before propelling the song to a close.

The band begins a jam that isn’t sure at first whether it wants to be “Southbound” or “You Don’t Love Me” but quickly resolves itself into the opening jam to the latter. They move into the song, and then Derek peels off a stinging solo over a great Oteil groove. Gregg sings, then a Warren slide solo– this is “You Don’t Love Me” with a “Southbound” rollicking hot potato quality– Gregg sings again, Derek solos, then Gregg vocals, then Warren on ferocious slide. There is a jam at song’s end; Warren gives us a “Norwegian Wood” tease, the guitarists solo together a bit, then Derek solos accompanied by aggressive Warren chording. The guitarists play ringing lead lines that are reminiscent of many of the songs in the band’s catalog, yet which are none of them. Finally they pull it in and Warren leads the band into an instrumental version of “Will the Circle Be Unbroken,” Warren soloing throughout, Derek soloing underneath. Then the full band brings song and show to a glorious, triumphant close.