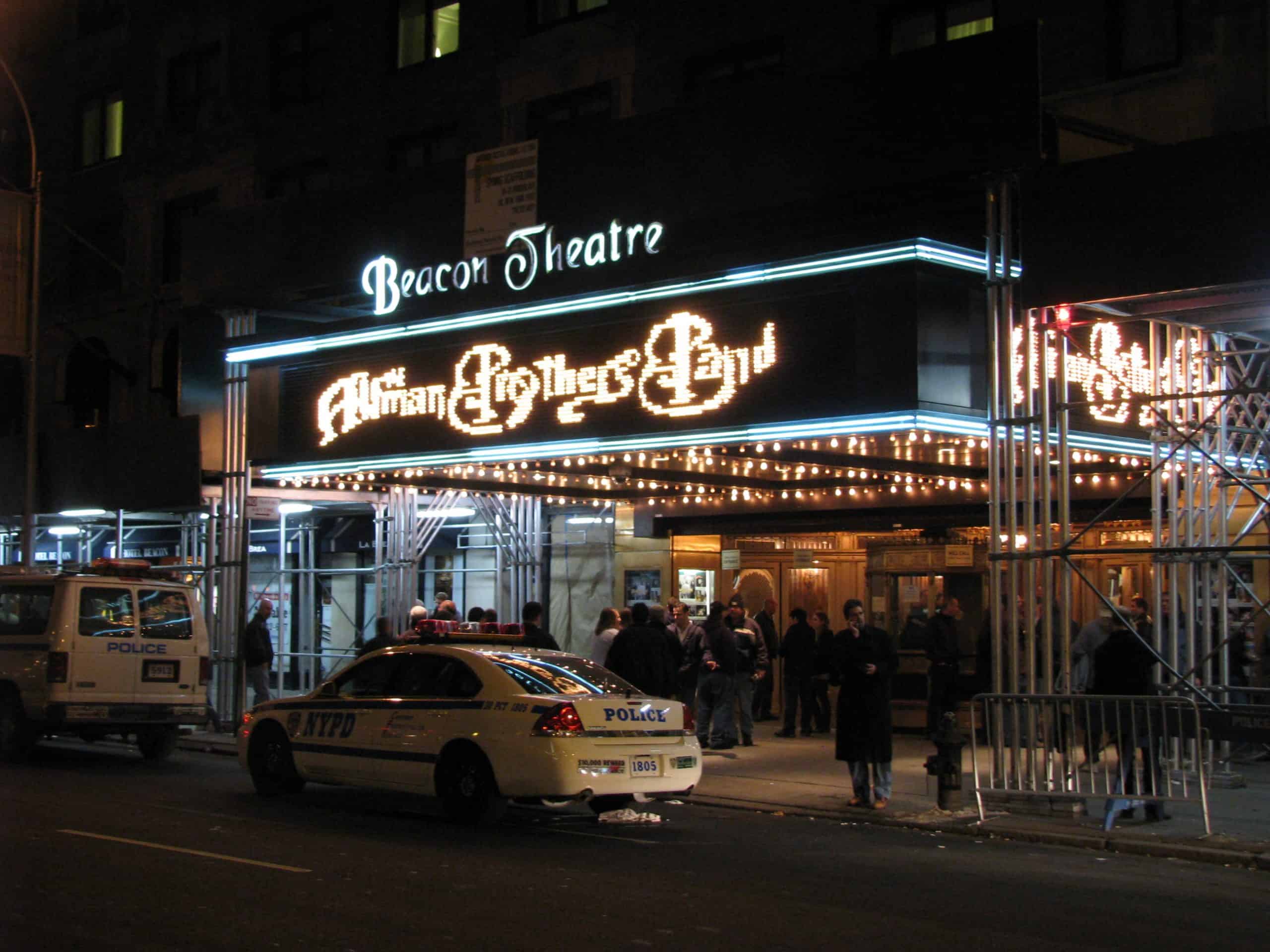 The ALLMAN BROTHERS BAND have announced an 11th and final show at their yearly March residency at New York City’s Beacon Theatre, an annual tradition that started in 1989. The iconic Rock & Roll Hall of Fame inductees and Grammy Lifetime Achievement Award-winning group have added a special St. Patrick’s Day (Sunday, March 17) show, with an early start time of 7:00PM. The group’s annual NYC residency will now encompass 11 shows at the Beacon between March 1 and 17. Tickets for the 3/17 show will go on sale Friday, February 1 at 9:00AM Eastern. American Express® Cardmembers can purchase tickets before the general public beginning Thursday, January 31 10AM through 10PM ET.

As a special treat for concertgoers, the first 2200 fans who have not already read GREGG ALLMAN’s best-selling autobiography MY CROSS TO BEAR will receive a free copy, courtesy of MSG and LiveNation. Released 5/1/12, the revealing and poignant book tells the whole story of the legendary ALLMAN BROTHERS BAND founder, and was cited by Rolling Stone at #20 in their “25 Greatest Rock Memoirs Of All Time” piece last year.

The ALLMAN BROTHERS BAND first began performing their annual multi-night engagements at the Beacon in 1989, with few exceptions, and have now performed there 211 times so far. The Beacon Theatre shows traditionally mark the beginning of a busy year for the group, which consists of GREGG ALLMAN (vocals and keyboards), BUTCH TRUCKS (drums and tympani), JAIMOE (drums), WARREN HAYNES (vocals, lead and slide guitar), DEREK TRUCKS (slide and lead guitar), OTEIL BURBRIDGE (bass) and MARC QUINONES (congas and percussion).

In 2012, the ALLMAN BROTHERS BAND celebrated “The Year of the Peach,” marking their 43rd anniversary as a group. Of the group’s final night at the Beacon last March, Rolling Stone’s David Fricke said the “the finale was the contemporary Allmans at their finest…the hammer and sizzle of 1969’s ‘Dreams’…then a long buoyant chunk of Peach’s ‘Mountain Jam,’ with heavy detours through ‘Smokestack Lightning’ and Led Zeppelin’s ‘Dazed and Confused.’” He added that the “group responded with a determination to excel, surging in empathy, improvising with furious glee. But the 43-year history of the Allman Brothers Band is one of magnificent peaks under stress, in the constant face of trial. Their closing night at the Beacon for 2012 was another high in that tradition (3/26/12).” In a 2009 Beacon review, Jim Farber of the New York Daily News said, “…fans had no shortage of solo derring-do to bask in. The ones in a number like ‘Blackhearted Woman’ came so fast and furious, they threatened to levitate the theater…The group’s peak, however, came in ‘Mountain Jam,’ which…presented The Allmans at both their most abstract and their most forceful. It’s a piece rooted in key parts of rock and blues history, yet, in its evolving form, leaves them open to the future (3/10/09).”

Beyond their Beacon shows, the group has been invited by Eric Clapton to perform one night at his annual “Crossroads” benefit show April 12-13 at Madison Square Garden and they’ll headline two nights at the Wanee Festival in Live Oak, FL April 19-20, which the group organizes itself. Wanee launched in 2005 and has featured bands like Widespread Panic, Robert Plant, The Black Keys, Furthur, Bob Weir & Ratdog, Steve Miller, Doobie Brothers, O.A.R., Grace Potter, Galactic, Stephen Stills, Little Feat and more.