Introducing “Story of the Peach” 🍑👇 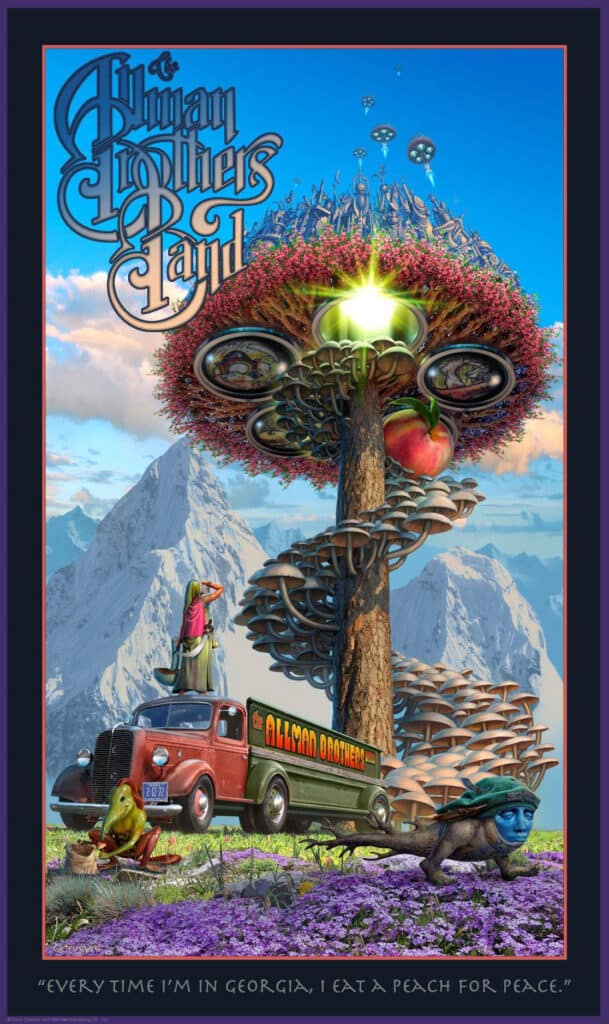 The Allman Brothers Band are excited to have partnered with @minttalentgroup and NFT platform Proof of Art (PoA) in the release of “Story of the Peach”, the first of a three-piece NFT series & collection. Designed by world-renowned artist Chris Consani and brought to life by animator Noah Levinson (aka thippy trings), the series tells a colorful interpretation & fantastical narrative based on the original artwork found in the sleeve of the Eat A Peach vinyl record. The release is leading up to the 50th Anniversary celebration of the band’s 1972 platinum album Eat A Peach.

Find out more at https://minttalentgroup.com/mint-studios