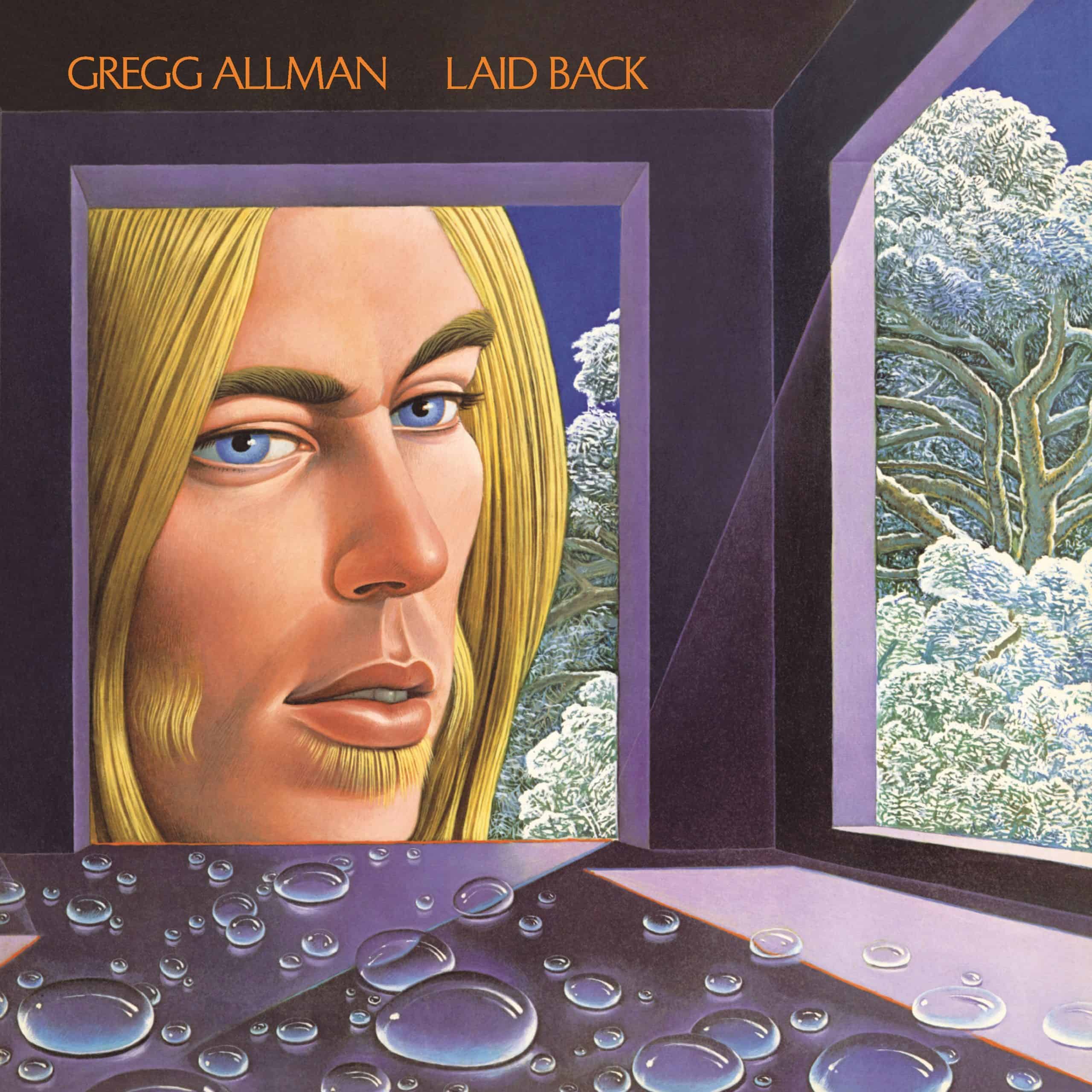 ALL RELEASES AVAILABLE AUGUST 30 VIA MERCURY/UMe

Los Angeles – July 12, 2019 – A few months after the Allman Brothers Band released their revered fourth studio album Brothers And Sisters, legendary frontman, vocalist, pianist Gregg Allman stepped out on his own with his masterful debut solo album Laid Back. Co-produced by Allman along with Johnny Sandlin, the collection of songs was a creative outlet where he was able to assume full control and explore his varying influences, including rhythm and blues and soul music. Exemplified by the album title’s relaxed approach, the songs were a departure from his band’s guitar-heavy sound in favor of gospel-tinged organs, slower tempos and a choir, all of which beautifully buoyed Allman’s soulful, and at times, mournful vocals. On several songs he sounds like a man reflecting on the last few tumultuous years which included the deaths of his bandmates, brother Duane Allman and Berry Oakley, hard touring and incredible success. Of the album, NPR wrote, “It’s amazing stuff, deep and intense yet nowhere near the decibel levels of his work with the band. Allman is amazing when he’s belting his heart out about being tied to the whipping post. But he’s equally compelling — maybe even more so — in a quieter space, when he’s less fired up.” Upon release in October 1973, Laid Back received positive reviews and peaked at number 13 on Billboard’s Top LPs & Tape chart while “Midnight Rider” became a top 20 hit across North America. To support the album, Allman embarked on an unprecedented tour accompanied by a 24-piece orchestra comprising members of the New York Philharmonic, which was captured for posterity on 1974’s The Gregg Allman Tour live album.

To honor this creatively fertile period in the late musician’s life, Mercury/UMe are reissuing Laid Back in a variety of formats, including a remastered and expanded Deluxe Edition on 2CDs and digital, 180-gram black vinyl and a 180-gram limited purple and white marbled color vinyl edition. Allman’s iconic live album The Gregg Allman Tour will also be released on 2LP vinyl for the first time since 1987. In addition to a 180-gram black vinyl pressing there will also be a limited color pressing on 180-gram grey and white marble vinyl. All releases will be available August 30 and are available for preorder now. The digital preorder of Laid Back includes an instant grat download of the unreleased demo of the Jackson Browne classic “These Days,” which is also available to stream now.

The new Deluxe Edition of Laid Back expands the original album, which features tunes like “Please Call Home,” covers of “These Days” and “Will The Circle Be Unbroken,” and a different take on the Allman Brothers’ “Midnight Rider,” to 34 tracks and includes 26 bonus tracks of previously unreleased or rare songs or new mixes. Early mixes of all eight songs are featured alongside the remastered album on disc one while disc two includes demos, outtakes, alternates and a breathtaking solo acoustic live performance of “Melissa” from the Capitol Theatre on April 13, 1974. The 2CD Deluxe Edition of Laid Back includes beautiful new packaging with unreleased photos and extensive liner notes by noted Allman Brothers Band historian John Lynskey. Tracks have been newly remastered from the original Laid Back analog album masters, as well as from analog and digital archival masters. Laid Back digital configurations will include HD 192kHz 24-bit and 96kHz 24-bit, Mastered for iTunes and standard streaming/download; while the Laid Back Deluxe Edition digital configurations include standard streaming/download and Mastered for iTunes.

Out of print on vinyl for over 30 years, The Gregg Allman Tour double LP, available on both 180-gram black vinyl and 180-gram grey and white marble vinyl, has been remastered from the original stereo analog tapes. This vinyl reissue mimics the original double LP with sides one and four pressed on disc one, and sides two and three pressed on disc two which optimizes playback for multi-disc turntables. Recorded over three nights at Carnegie Hall in New York on April 10 & 11, 1974 and at the Capitol Theatre in New Jersey on April 13, 1974, Allman along with members of the band Cowboy (Scott Boyer, Randall Bramblett, David Brown, Chuck Leavell, Bill Stewart, Tommy Talton), and a 24-piece orchestra performed songs from his debut solo album Laid Back alongside several laid-back reworkings of Allman Brothers Band songs like “Stand Back” and “Dreams.” The album also features spirited covers of “Turn On Your Love Light,” “Are You Lonely For Me Baby” and the Elvis Presley hit “I Feel So Bad,” as well as two tracks by Cowboy who take the reins with their songs “Time Will Take Us” and “Where Can You Go?,” the latter featuring Allman on keys. The record is also notable for its inclusion of “Oncoming Traffic,” a song that Allman said he was especially proud of and that wasn’t featured on any studio releases. Digital configurations will include HD 192kHz 24-bit and 96kHz 24-bit, Mastered for iTunes and standard streaming/download.

Laid Back and The Gregg Allman Tour showcase a remarkable time in Allman’s career when he set off on his own to explore a different side of his artistry where he was fully at the helm. Taken together these albums allow for an opportunity for fans to immerse themselves in the making of his solo album and the celebratory tour that followed.

LAID BACK DELUXE EDITION TRACK LIST
CD1
LAID BACK remastered
1. Midnight Rider
2. Queen Of Hearts
3. Please Call Home
4. Don’t Mess Up A Good Thing
5. These Days
6. Multi-Colored Lady
7. All My Friends
8. Will The Circle Be Unbroken

Side 2
1. These Days
2. Multi-Colored Lady
3. All My Friends
4. Will The Circle Be Unbroken

Side 4
1. Turn On Your Love Light
2. Oncoming Traffic
3. Will The Circle Be Unbroken