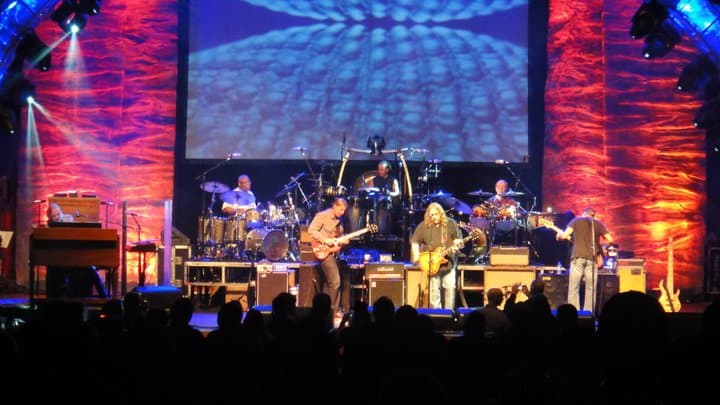 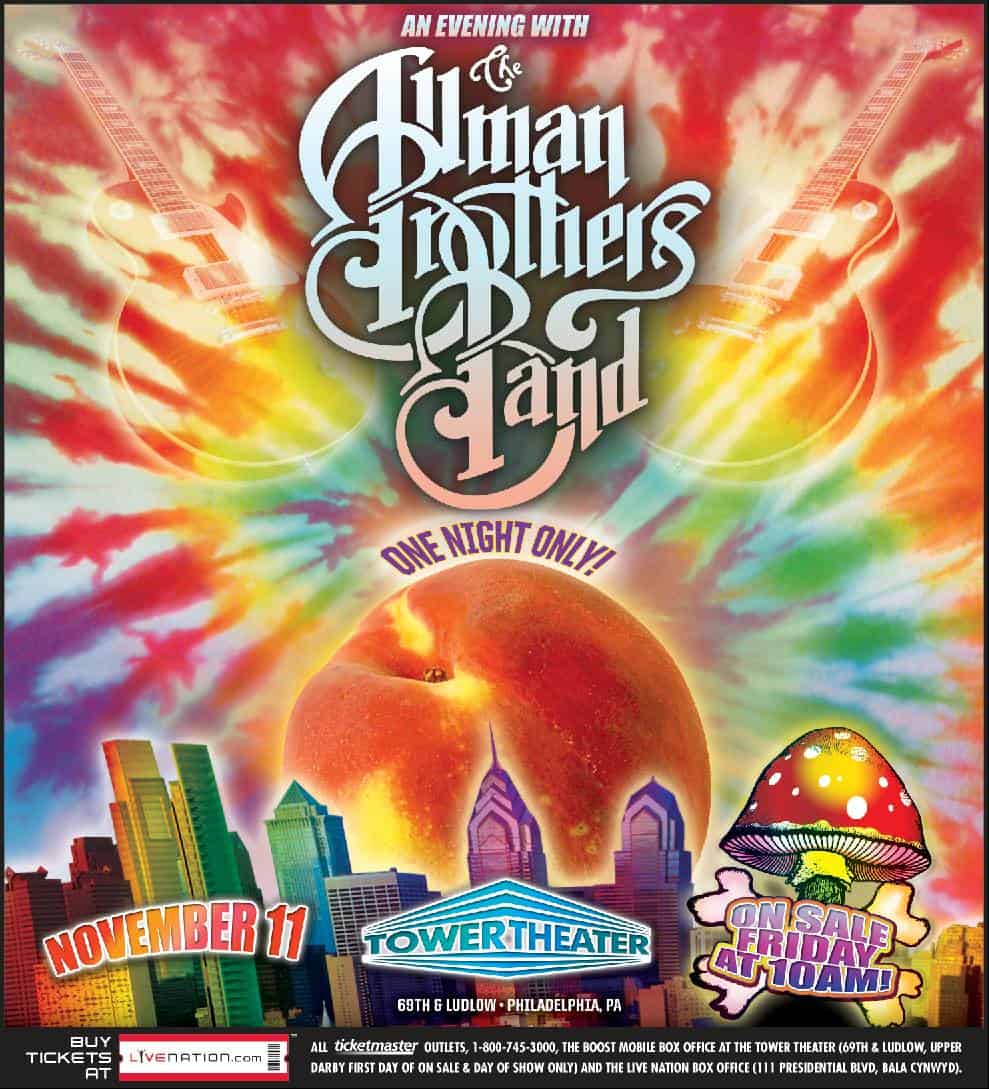 Bill Evans also plays sax here on Liz Reed; this one and Dreams certainly are highlights of the night. The former in particular is played delightfully, stonily slowwwwwww….

I’m 26 years old and got into the Allmans a little later in my life, saw them for the first some in October of 2003 and I haven’t looked back since. Seeing them this March 14th at the Beacon will be my 10th show and I couldn’t be happier. This show at the Tower (besides being my first time at the Tower Theater) was one of the best Allman shows that I have ever seen. Into the Mystic was epic and beautiful, and ending the 2nd set with Liz Reed (my favorite song ever by anyone) was absolutely amazing. How in sync the band is with each other never ceases to amaze me. I love the Allman Brothers and can’t wait for the Beacon!

Well, I first saw the Allman Brothers Band from the 2nd row of the auditorium at Marrietta College in Sept/Oct of 1971, approximately 2 -3 weeks before Duane so sadly died. the opening act was the Chicago bluesman, Luther Allison, and he did, as Duane so fondly said while warming up on stage just before the Band hit its first note, “Luther Allison just put another dent in BB King’s ass” – and that quote will stay with me forever.

They were absolutely awesome that night and I distinctly remember watching Duane slide well between his pickups on his Les Paul during Trouble No MOre.

Well, there will never be another Duane Allman, but the boys played well on this opening night at the Tower. There were a few missed cues (Gregg actually started laughing at one early entrance he made), but they were “spot on” that night and, after 3-1/2 hours, my girfriend (who had never seen the ABB before) and I walked out smiling, happy, and still boogeying from the show.

It was a glorious night, the crowd was loud, receptive, well-behaved and just SO into the band, and you could see the ABB could feel it.

It was great to see them again (probably my 18th or 19th time) and Gregg was in fine voice, the percussion section just HIT IT, and Warren and Derek – what can you say?

A great night and even greater to hear they will be back at the Beacon in 2011!

God rest, Duane and Berry. And I do miss Dickey – his fluid leads, tone and texture are a great part of their legacy, but time moves on and none of us stays the same. The road may go on forever, but each of us chooses his or her own path upon which to travel.

I had not been to the Tower Theater in almost 32 years. It was extra special to mark my return to see the ABB once again. My relationship with you started with buying the Fillmore East album at the worldly age of 13. Little did I know then that I was hooked for life. Thanks for the wondrous music in a special place. Please come back to the Harrisburg area again!