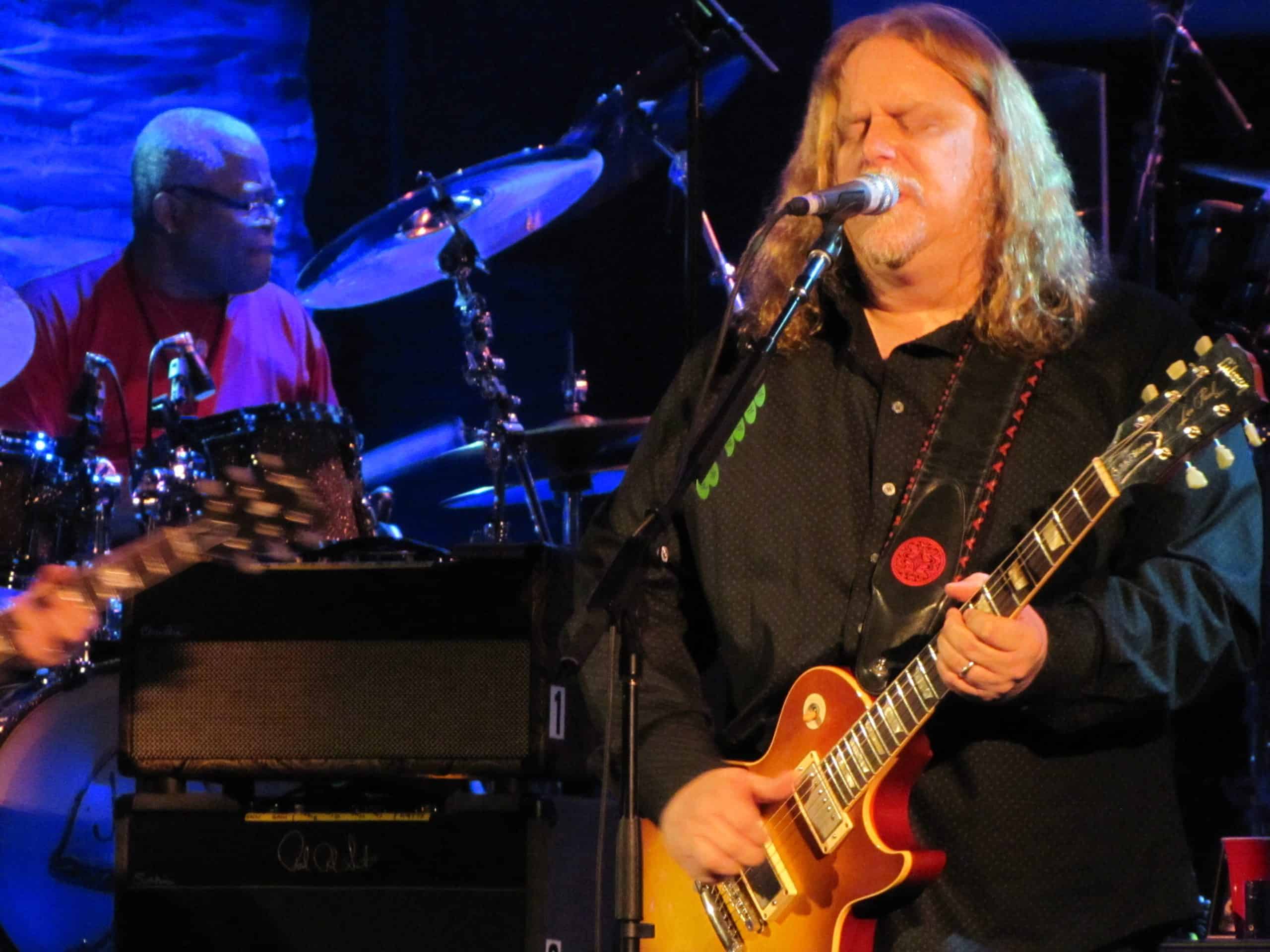 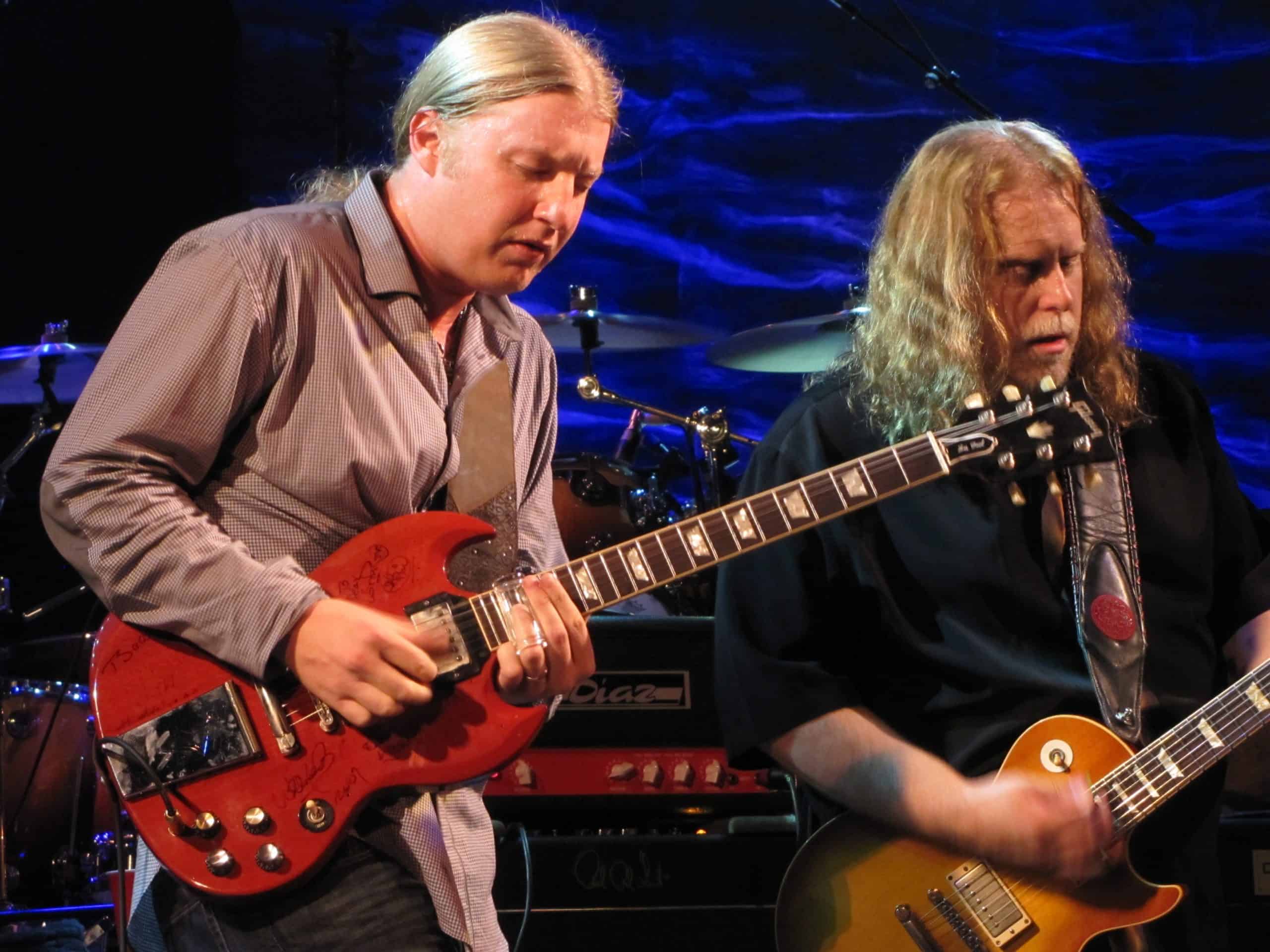 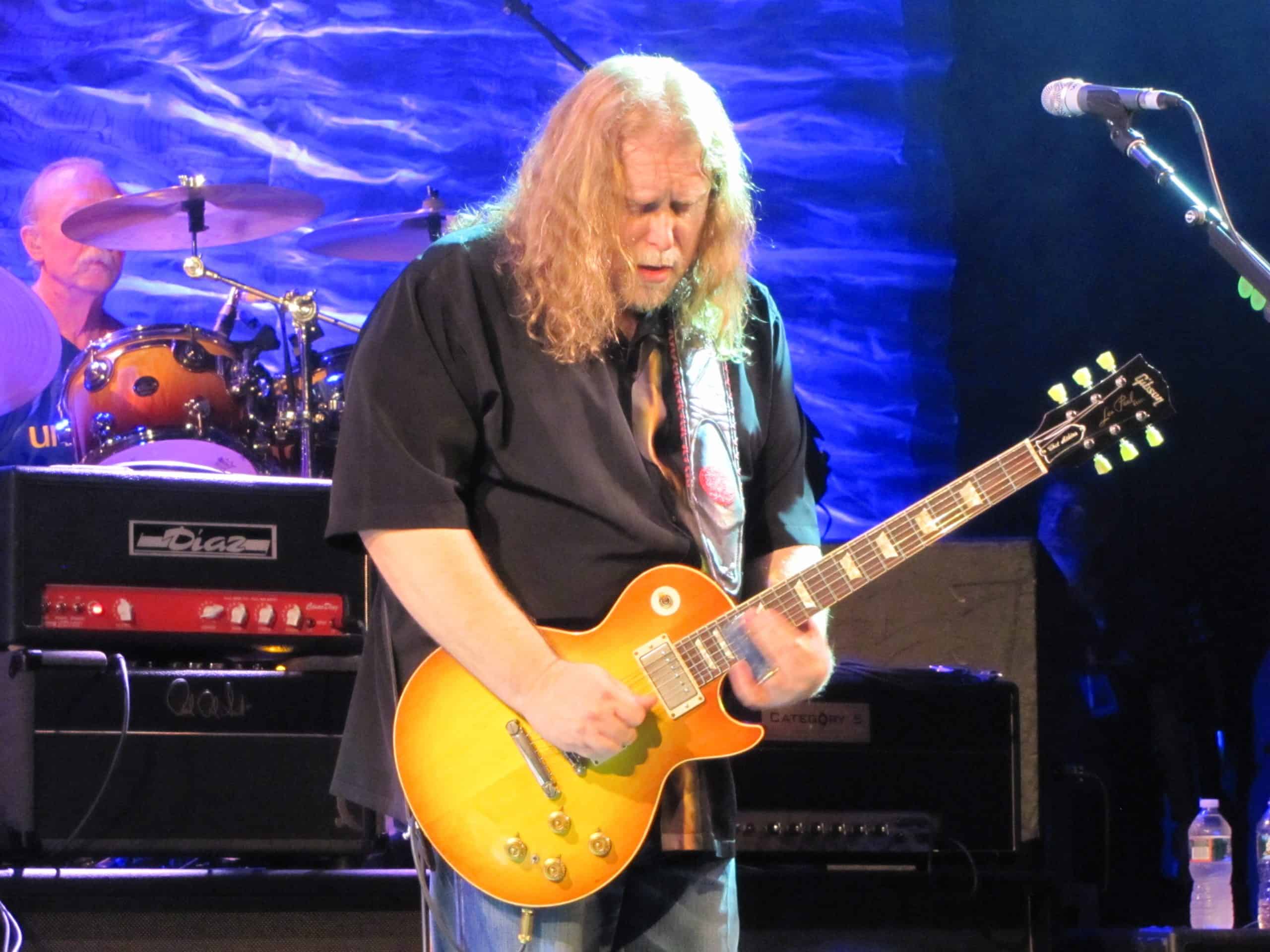 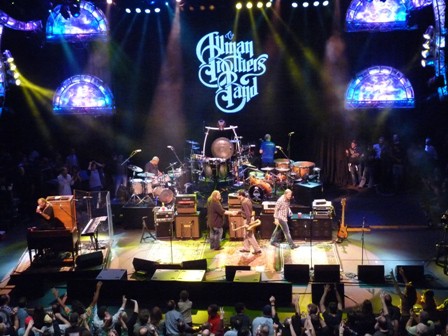 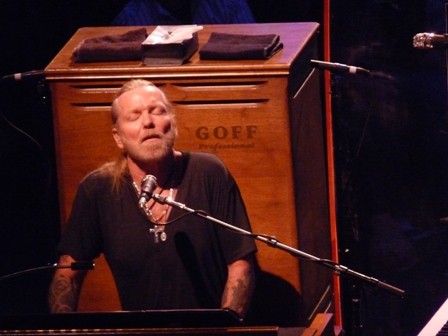 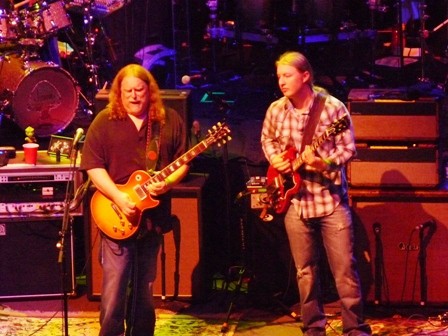 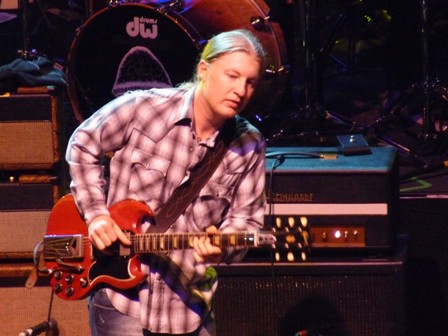 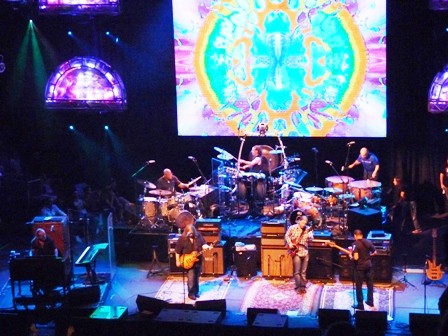 The second Thursday show was the beginning of the last-weekend home stretch. This was the weekend when most of the out-of-towners turned out—it would have been the middle weekend if they’d played the full 13 dates– and I always feel like the band knows that and puts a little extra mustard on these shows (last year, the two Clapton shows fell during the middle, out-of-towner weekend.) I thought the first set was frankly a little lackluster, but the second set was sufficiently kickass to more than make up for it, sending us all away fully satiated…

“Statesboro Blues” features some nice stretchy Warren guitar work, then a jaunty little jam that ends right at the beginning of “Don’t Keep Me Wondering.” “Aint Wastin’ Time No More” is, as usual, a highlight; some people have complained that this song has slowed down from the version on Eat a Peach, but it simply isn’t the same song anymore; now it’s a Derek Trucks vehicle plain and simple. Derek owns the song, takes us on a journey out of the familiarity of song form and deposits us squarely into the show. The final verse, then Warren steps up, shreds, then Derek goes to the same place as Warren, but he goes there his way.

Warren sings Delaney & Bonnie’s “Comin’ Home,” obviously a nod in Duane’s general direction, and more blooz than blues, almost going metal. Then “Bag End,” formerly “Orfeo,” Derek’s new instrumental. Warren plays licks, the lines that spell out the melody of the song’s theme, but at the same time Derek is making ringing, chiming waves underneath that really define the piece. The song meanders a bit, but touches down beautifully, easing straight into “Come On in My Kitchen” like getting into a hot mud bath.”Aint No Love in the Heart of the City” doesn’t quite heat up, then “Into the Mystic” is pretty, as always. Guitarist Scott Sharrard joins for a set-closing “You Don’t Love Me.”

The second set opens with a nice and crowd-pleasing version of “Melissa,” then the band takes off into “Mountain Jam,” sweet and dreamy, making the hair on the back of your neck stand up, before segueing into “Desdemona,” with Jay Collins joining on sax. Derek and Warren play rolling, ringing waves, switching seamlessly between lead and rhythm until it’s just one big firehouse of sound, pulling you out of your seat. My friend and world-weary concertgoer Henry turns to me and says, “That’s kinda what two guitars are supposed to be doing.” He has a way with understatement.

A quick and aggressive run through “Black Hearted Woman” gives way to Oteil’s bass solo, then a driving, pounding drum section… the rest of the band returns, Warren does that chant… then hard at the close, a totally kickass waltz, then the switch-flip into the “Other One” jam, big, hurtling end over end like a runaway train, somehow landing in the middle of Mountain Jammy space… Derek flirts with a familiar riff (is it Third Stone?), then Warren joins him, then Derek swells, draws the music down, until finally Butch rumbles back into “Mountain Jam.” All told, after “Melissa” it’s really only four songs—“Mountain Jam,” “Desdemona,” and “Black hearted Woman”—but it’s been about an hour of sheer purposeful assault.

Then, as if that weren’t enough, and as if there were any doubt, the band comes back and tumbles into “Whipping Post.” Through the themes up front, then suddenly the music opens up like a rose. Derek pollinates yo’ ass. Jay Collins is back for a run, Derek hits a chord that throws a switch, and Warren steps forward, majestic and searing… it is like a reward, like nourishment… then bam! Tied to the whipping post.

Yes, it took a while to get percolating. But that last 80 or so minutes auger well for the rest of the weekend.

Excellant night – Gregg’s voice very strong, especially Desdomona. Great opener with Statesboro – cool pics on display of NYC. Whipping post as encore – what more can ya say.
Parking, off Broadway 166th & St. Nicks. No one there, $23. Easy in and out, jump right back on the Henry Hudson.

great show on the 18th, some serious
guitar licks taking place. the palace was
nice but the beacon sound is better.
found parking about 3 blocks away…if
you look you’ll find it.

First set was a little slow getting started. Warren seemed distant. Derek was carrying the load for the most part. Mr Trucks is in my opinion in the top 5 blues guitarists alive. I give the # 1 slot to Joe B and # 2 to the Trout. Dereks slide work tonight was mesmerizing. Second set kicked A$$. All in all a solid show if nothing spectacular? Jaded? Maybe. Anyway from some of Butch’s comments this joint may be their new home. Amazing architecture but certainly run down. Interior woodwork facinating. You can almost hear Rev Ike preaching. The neiborhood has tons of Latin flavor which is a good thing. Not hard to get to, impossible to park on street and the Parking Lots are ripping you off. Parking is $ 5.00 without an event, $ 35.00 with. Jerks. And then they ask you for $ 10.00 to put your car in a downstairs spot. Crooks. Anyway, I had row CC for next week and they cancel…go figure.

The first set was a little choppy and disjointed. The second set was amazing. Crazy Mt. Jam, outstanding Desdemona with Jay and BHW >drums >bass> jam was sick.

Great neighborhood as well. Lots of fun to be had.

1st Set:
Statesboro Blues
Don’t Keep Me Wonderin’
Ain’t Wastin’ Time No More
Coming Home
Bag End
Come On In My Kitchen
Ain’t No Love In The Heart Of The City
Into The Mystic
You Don’t Love Me – w/Scott Sharrard (guitar)