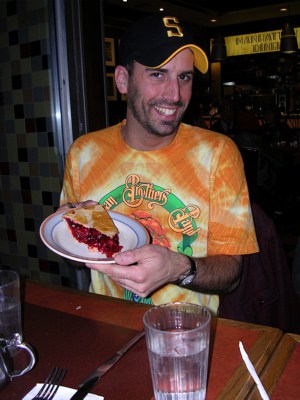 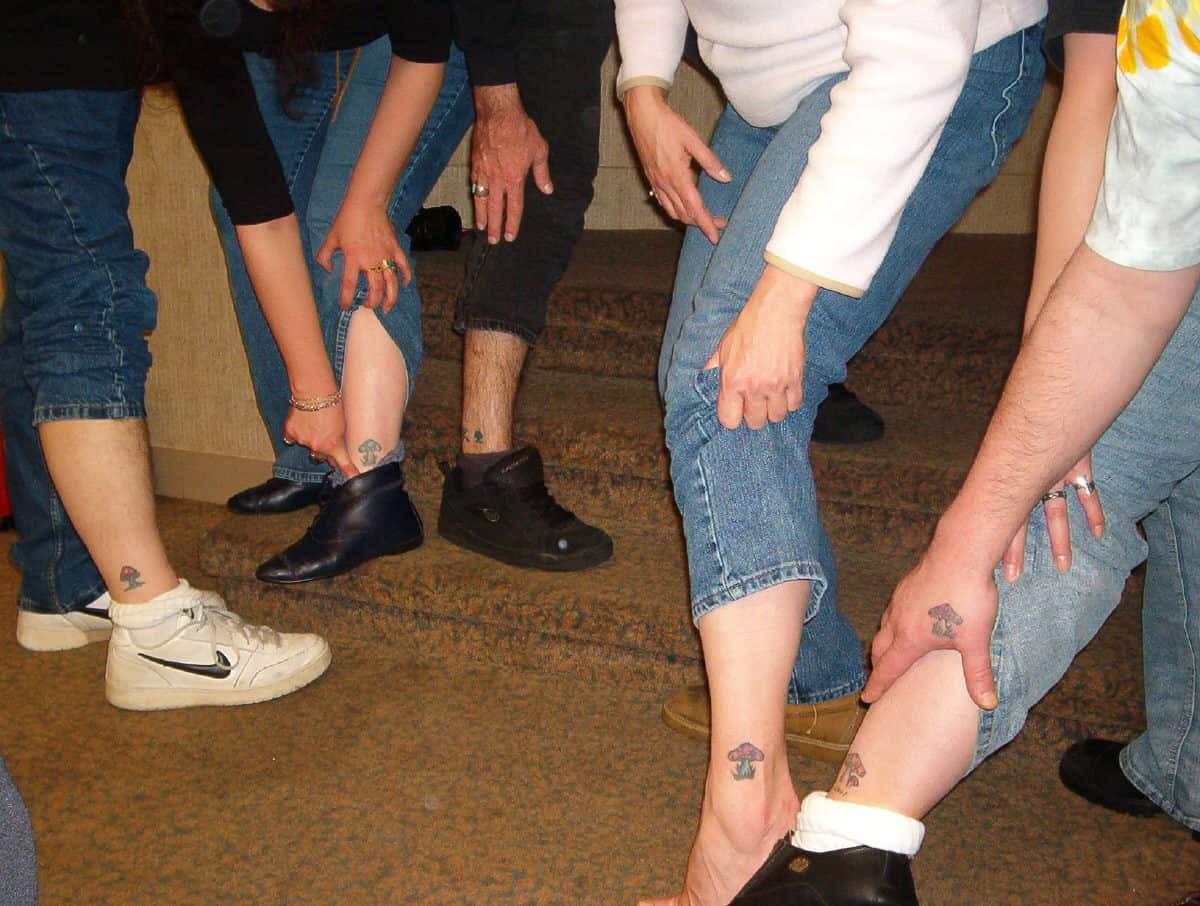 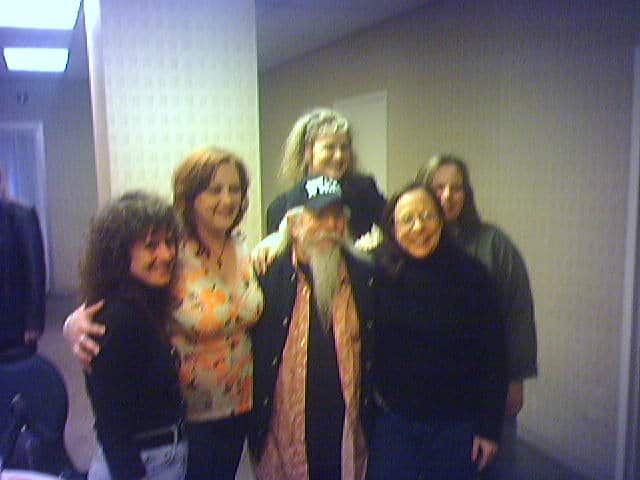 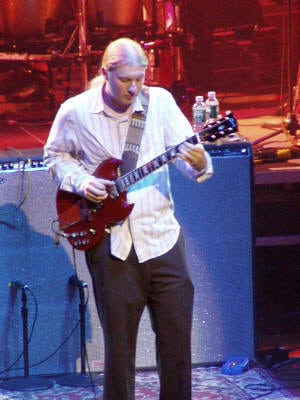 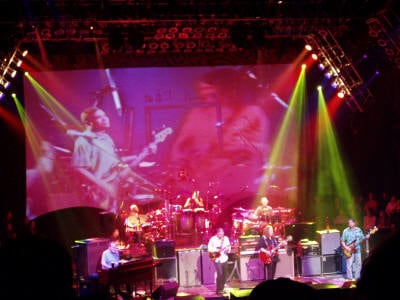 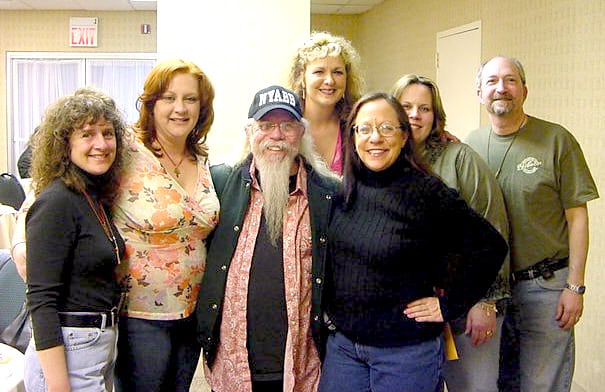 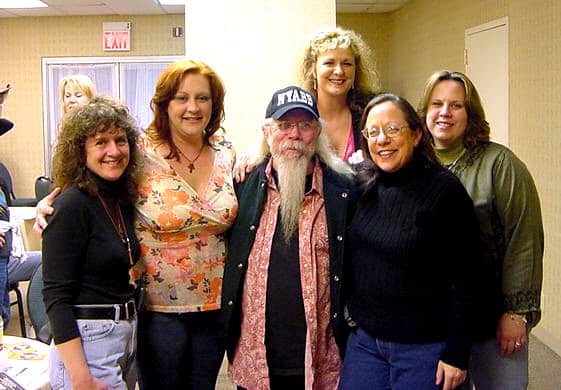 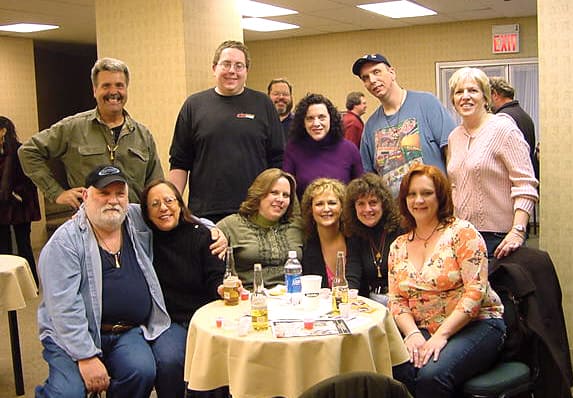 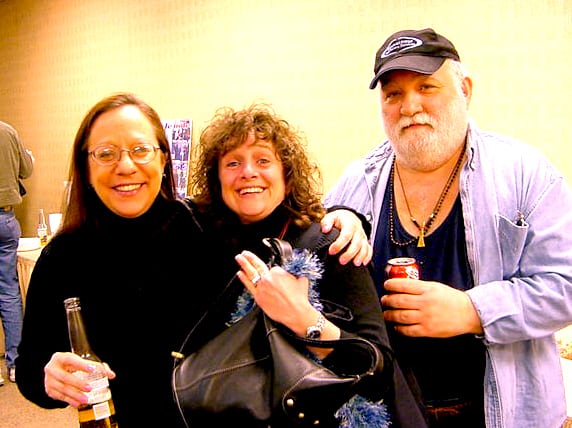 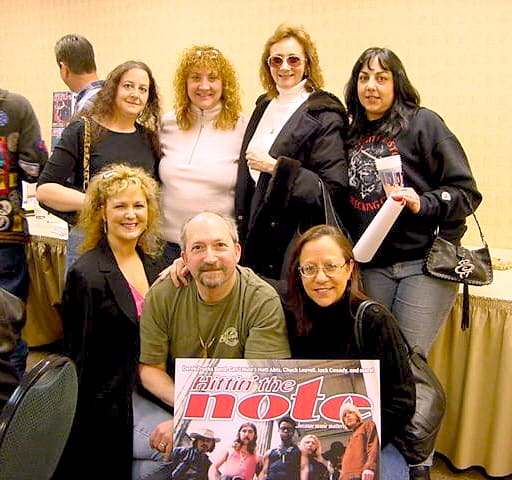 “Revival” is a hard-driving opener, with Warren’s lines and Gregg’s B3 providing spring and bounce. The tapestry of drums lays the foundation, and there is an elastic quality to the way the song snaps and bends along the groove. Next is “Leave My Blues at Home,” a fierce 1-2 punch, the band is snarling out the riff, the groove seeping into every song. Gregg leans on the chords, while Derek’s flashy lead lines flesh out the song’s power. The energy briefly reminds of the song’s southern cousin, Ike and TIna’s “Don’t Mess Up a Good Thing.” Derek pulls out staccato blues blasts, leading into the twin-guitar touch down.

The energy stays at Saturday night pitch with an upbeat “Done Somebody Wrong.” Derek dips his brush into an Elmore James shade of blue, but then paints a Derek Trucks original. Warren steps up and plays some of his patented slow, lumbering, happy lines. Derek takes us out with insistent machine gun bursts of delta slide.

Gregg’s keyboard work punctuates the entrance to “Hot ‘Lanta.” Warren does some hard-edged exploration, then Derek steps up, before the brief drum break.

The band continues to weave masterfully through their back catalog, pulling out the Enlightened Rogues chestnut “It Just Aint Easy.” The guitarists– neither of whom to my knowledge has played this tune in public– play wistful lines, as Gregg anchors with church-goin’ chord work. Warren rides the song’s sweet melody in composing a sun-drenched solo. Maybe its the passage of time, maybe some sort of renewed vigor, maybe the different players, but Gregg’s impassioned vocal delivery re-invents the song, showing just how good it was all along. Good song, good band. “End of the Line” features some nice steaming Derek over a bed of Gregg.

I’d seen him sitting, stately, in the chairs on stage, but that didn’t lessen the excitement when Hubert Sumlin plugged in to Derek’s right. (Later I say to Warren, “I’m sort of used to you guys, but I’m swooning over Hubert Sumlin.” He laughs and pats his chest, as if to say, me too.) Sumlin adds his own gritty take on the riff to “44 Blues” before the band wobbles in. Warren sings the vocals, and Sumlin takes the first solo. He plays the song faster, with more urgency than the Allmans’ almost-not-there pacing, and Sumlin pulls and tugs, straining against the arrangement, which creates an exciting tension. Sumlin does some animated shredding, hitting the occasional discordant but wholly appropriate note. Later the band pulls all the way back on the reigns for the coda, Derek hangs a question of a note in the air, then answers his own question with cool slide variations. Sumlin joins in, and soon there is a three-guitar stomp. Sumlin seems somehow out of his element, yet at the same time right where he belongs, because this is the kind of blues he helped invent.

There is an instantaneous segue into “Smokestack Lightning” (a song that may be a first for the band, although Howlin’ Wolf’s catalog is certainly well-mined.) Sumlin is all over the riff. All three guitarists are giving color to what is basically a one-chord vamp with a signature lick; tangled, ensnared, careening off and around each other. A perfect three-sided guitar triangle as they wring more out of that one chord than should be possible. Warren hits some more appropriately discordant notes before heading back into the vocals.

“Instrumental Illness” closes the set, the ground shaking as if something is coming from off in the distance, Sumlin’s bluesy vibe still hanging in the air. A few sections in, Derek does some nice, exploratory work, clearly feeling it, splaying color. Derek is playing the band now, soaring along. The drummers, notably Marc, propel the monster forward, until at the end there is some major forward mojo– a three-drum, deep bass, two guitar end-over-end headlong into halftime.

The second set opens with the now-familiar acoustic segment, Gregg’s solo spot featuring “Oncoming Traffic” and “Delta Blue.” “These Days” is shaping up to be something of a just-so song, one Warren and Gregg play essentially the same way each night, and you wouldn’t have it any different. In the Derek/Warren slot the two perform Son House’s “Death Letter,” with a very Muddy-esque vibe, only it doesn’t much matter which lyrics Warren sings here, the deep rootsy delta blues feel is consistent.

Out of the acoustic set there is a moment of hubbub and activity on the stage, Jaimoe leaves and returns, and then finally “Soulshine.” Derek makes the sun shine, then Warren does, then some sweet, climactic 2-guitar interplay. Jay Collins joins the band on sax for “Dreams,” taking the first, snaky solo. Derek lays out a more immediate, urgent vibe, bluesy but not straight blues. Gregg does a false entrance on the return to vocals, before Warren steps up, his solo the spaciest of the three on the song. The band looms large behind him as he guides the music down, down with the close of his solo, a lovely transition back into the waltz time that heralds the final verses. Marc attacks his kit right before Gregg embraces the final vocal section. “Dreams has a very different energy with three soloists as opposed to one; it becomes more of an eyes-open than an eyes-closed song.

The peak of “Dreams” is followed with the peak of “Rocking Horse.” Warren pushes against the drums on his high-energy solo; then Derek makes a mystical, spacy, jazzy entrance. Derek picks up the propulsive vibe as a drum solo is just begging to bust out from the back line; soon, though, he is going down through a door along a path to some watery, dark place. Marc follows; he’s been spot on all night. Derek slaps his fingers at the strings, torturing heavy glistening music out of the frets, before hitting on the melody line that leads back through that door and out to the song proper. Warren sings the second vocal section, then a tumultuous close, and he hits a big fat note that hangs like smoke over the stage as the front line walks off; NOW the drum solo. Oteil stays onstage and stands behind the drum riser, shimmying to the beat.

Jaimoe takes a section alone, true as a metronome, on the beat but in no hurry at all. There is a rumble as Jaimoe is joined by Butch on timpani; then Marc makes it a three-brained, pulsating organism.

At this point, having finished “Rocking Horse” and given the band’s flexibility with set list, they can go anywhere. “No One Left to Run With” is the pitch perfect choice, erupting from the drums, less Bo Diddley than it has been of late, more directly propulsive. It seems to form a nice set of bookends with the opening “Revival.”

A bluesy “One Way Out” encore caps the show, a true Saturday Night Special, a powerful, high impact show. The Sumlin tunes are extra special. Interestingly, it is the first night they do not play the new “Egypt,” and I miss it. And the derring-do with the setlist continues…