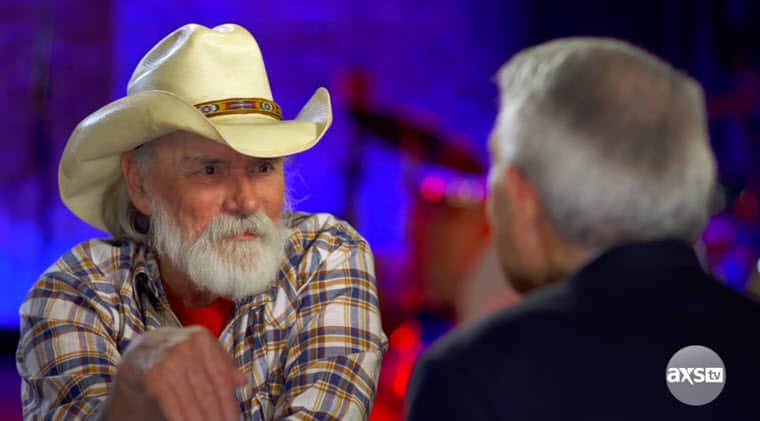 ALLMAN BROTHERS ICON DICKEY BETTS EXPLAINS HIS DECISION TO RETURN TO THE STAGE IN THIS EXCLUSIVE FIRST LOOK AT AN ALL-NEW EPISODE OF THE BIG INTERVIEW, AIRING TUESDAY, DECEMBER 18 AT 9pE/6pP

In this exclusive preview, Betts discusses what drove him to return to performing after hanging up his guitar in 2014. He explains, “I missed it. I just done it so long… I really started missing being on the road and, you know, getting out and doing things like this. Meeting people.” He likens his return to that of another legend, who enjoyed success after a brief hiatus, saying, “I feel kinda like Tiger Woods coming back. [After] four-and-a-half years, I’m really trying to play par, ya know. I don’t think you ever quite feel like you’re there, but I’m getting’ better at it.” Watch it here.

Also during the discussion, Betts examines his role in keeping The Allman Brothers Band’s tremendous legacy alive; reflects on the ups and downs of his relationship with the legendary Gregg Allman, with whom Betts was able to make peace before the singer’s death in 2017; and details his creative process in writing landmark hits such as “Ramblin’ Man” and “Jessica,” to name only a few, which were widely responsible for the band’s meteoric rise.

To see more of this insightful episode, tune in to The Big Interview on Tuesday, December 18 at 9pE/6pP, only on AXS TV.