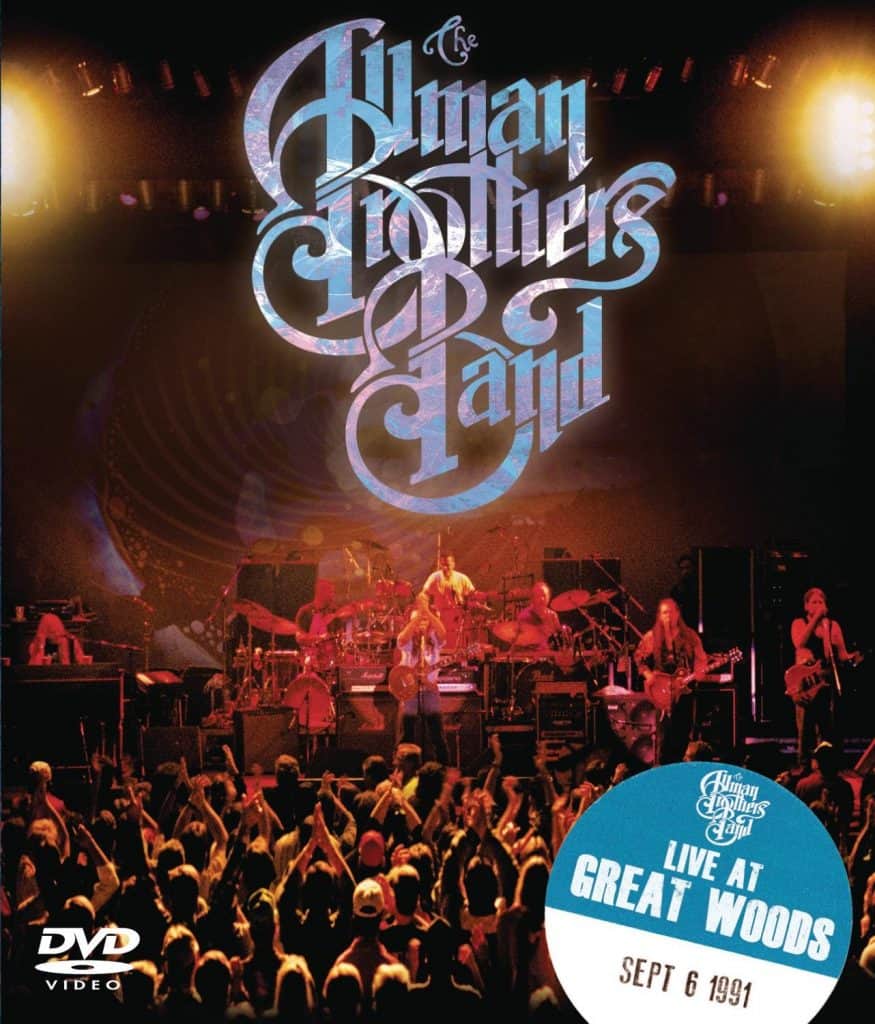 Recorded in the September of 1991, originally for Japanese TV, The Allman Brothers Band’s beloved Live At Great Woods showcases the classic American rock band reaching a new generation of audiences. Original band members Gregg Allman, Dickey Betts, Butch Trucks and Jaimoe were joined by new guitarist Warren Haynes, bassist Allen Woody and percussionist Marc Quinones in one of the most powerful lineups in the group’s history. This concert – recorded before a crowd of nearly 20,000 adoring fans at the Great Woods Amphitheater in Massachusetts – features a top-notch set of fan favorites, with a fiery acoustic mini-set included for good measure.

This DVD release of Live At Great Woods fills a crucial gap in The Allman Brothers Band’s videography: after years of demand, fans can experience the original longform video version of this concert (previously only available on VHS), with no interviews edited into the main feature. Finally, fans have nothing standing between them and the top-notch performances of this set.

Live At Great Woods is an incredible chance to discover (or rediscover) the raw talent and pure magic that have made The Allman Brothers Band such icons of American rock and roll.