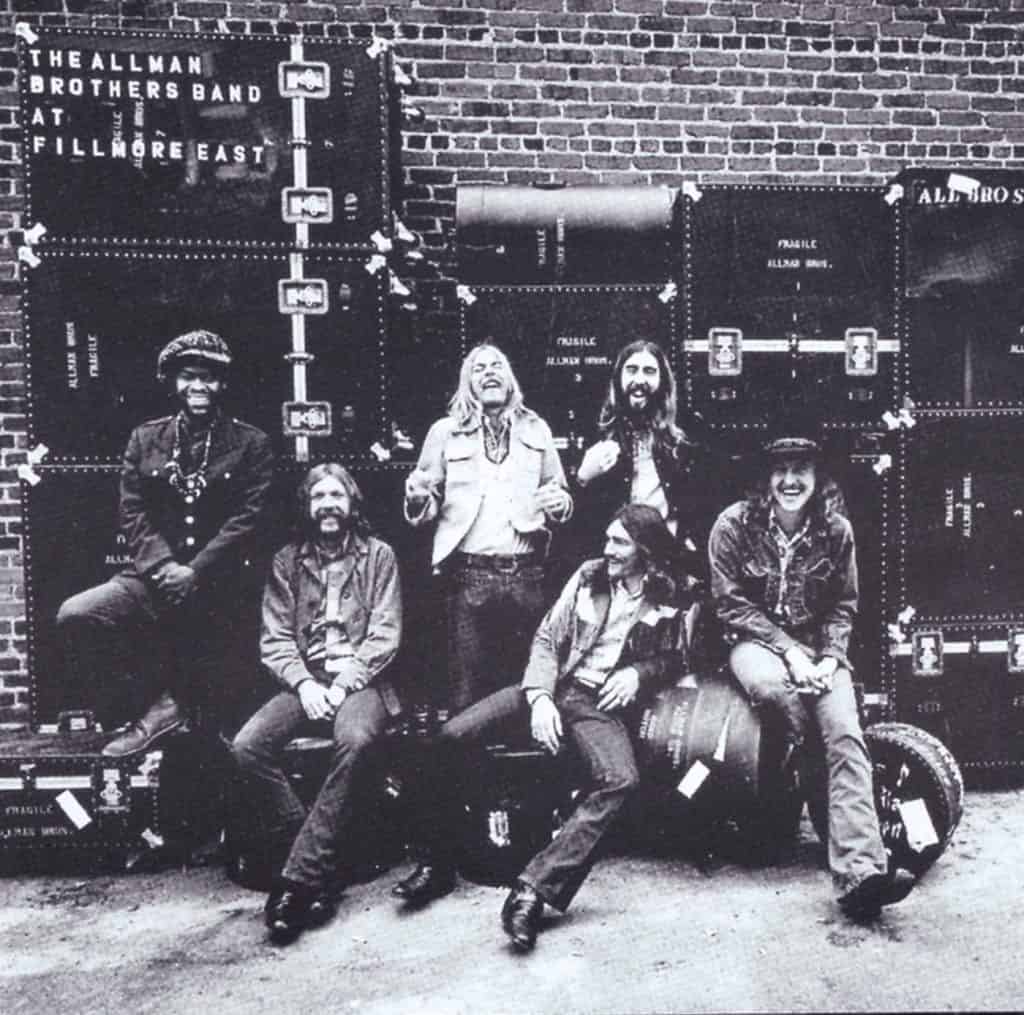 The greatest live album of all time. The record that turned the world onto the Allman Brothers Band – bands today would kill for a record this powerful, especially in a live format. Four sides, seven songs – yeah, these boys could jam! – Hittin’ The Note

There has never been a better showcase for improvisational rock than this 1971 concert recording, and few (if any) live rock albums are in its rank. With only two studio albums (and plenty of touring) under their belt, the Georgia sextet tore into the Fillmore East with road-tested buoyancy. Titanic guitarist Duane Allman was at the peak of his powers, pushing his foil, Dickey Betts, to unsurpassed peaks. Vocalist-keyboardist Gregg Allman would have been a star in any other setting; here he’s merely one more component in a brilliant ensemble. Duane Allman died shortly after At Fillmore East shipped, and the Brothers haven’t scaled such heights since. But, then, neither has anyone else. –Steven Stolder