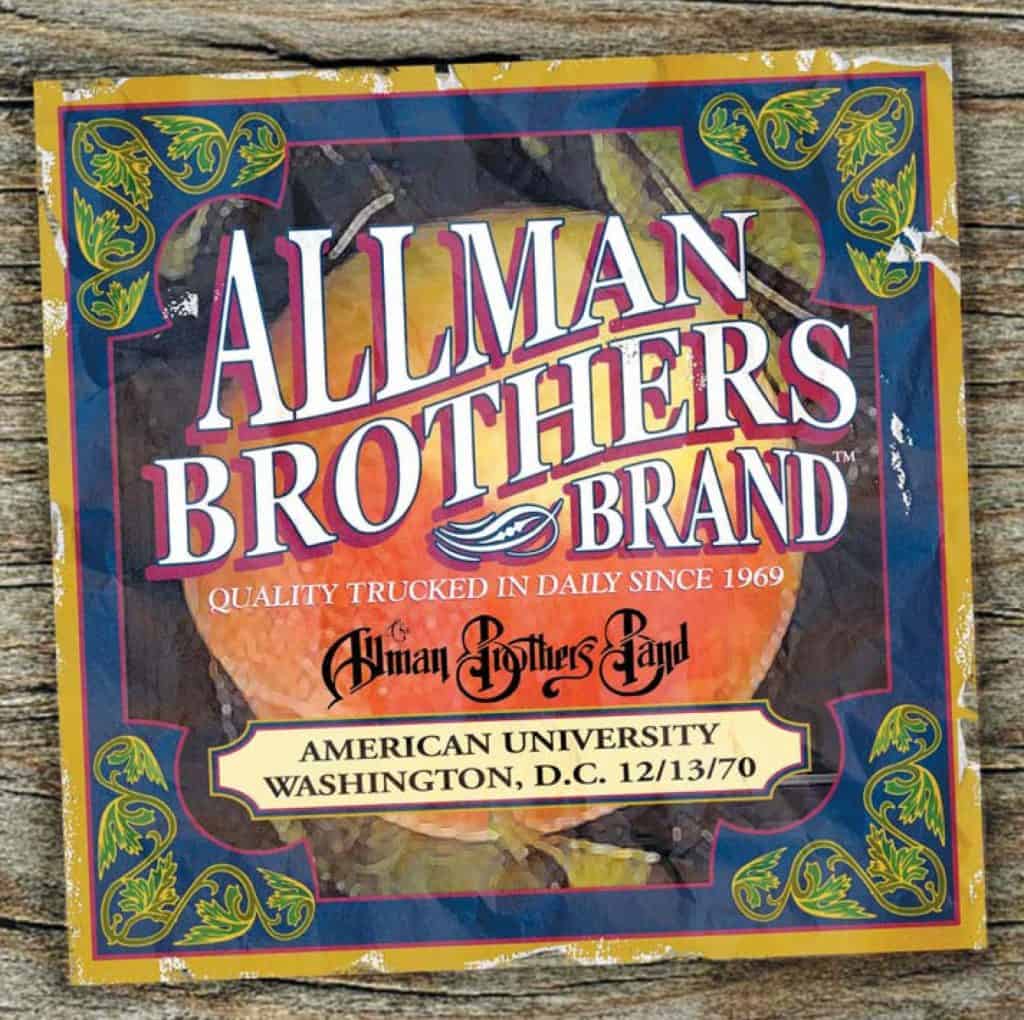 Recorded live at American University on Sunday, December 12, 1970, at 7:30 and 10:30 PM. The CD is drawn from both shows, with tracks one through five from the second set and “You Don’t Love Me’ and “Whipping Post” from the first. The Allmans were at a crucial stage in their development on that December night, having just returned from shows at the Fillmore East in New York on a tour promoting their second album, Idlewild South. “Don’t Keep Me Wonderin” and “Leave My Blues at Home” had just appeared on Idlewild South and this CD marks the first live version of them to be released by the Allmans. The playing is fierce, especially the interaction of Duane Allman and Dickey Betts, with a solid 20 plus minute version of “Whipping Post.”