Playoffs: On to the Championship Games! 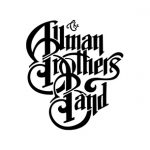 @nebish good question, they are complementary, one doesn't replace the other, but there is some overlap too.

TL;DR:  Peachbook lets Peach Corps members maintain their own page, with their own posts, pictures, friends and followers, and post on their friends pages.

Lana and I would love to see a lot more of the regular posters from the past join those of you who are still regulars here - and we greatly appreciate you!

Years ago, when MySpace was the rage, Tommy Gallagher said "you should create a way for Peach Corps members to have their own pages on the site."

Well, it took a while, but we did it

Most of the people who moved away went to Facebook.  We know that providing a social platform, by itself, is not enough to bring people back.

And we don't want to replace the Forum - just offer a different way of sharing with friends.

We may be crazy, but at least you can't say things are standing still

I know several people who say they hate facebook, but are still on it (or saying they are going to quit).  So maybe you'll have something there.

@nebish I see people who say the same, and they are often the people who instigate there. It's all what you make of it. Facebook is more personal, obviously, which can be good or bad.

@lee didn't take long for Foles to throw a pick. Gotta give the punter a rest, I guess.

Anyone watching Rams-Bills? Looks like the game of the day right now.

Someone check on Sang.

Wait until the local newspapers tomorrow. They are going to be hilarious.

@porkchopbob The Eagles got railed on for going for that tie but one of the pundits pointed out that it may have been a good decision to at least get "half" of a win and lo and behold they are in first place with a losing record. Hard to believe. 😮

Why what? I said the Bears are mismanaged. ALMOST as bad as the Lions. You don't think the Bears are? You've watched them longer than me. I think we are both used to this by now.

Are the Cowboys that bad or are the Browns really good?!  The Colts play at Cleveland next weekend so we shall see.  I wonder if the Dallas fans are ready to run McCarthy out of town.  I turned to another game since the Cowboys were getting it handed to them, but they came back and scored 24 in the 4th.

@porkchopbob Yeah, we have a team in Buffalo.

Looking good, but Josh Allen needs to learn when to throw the ball away.

Need a little boost on defense as well.

I do not understand why Dallas gets off to such slow and sloppy starts on O but they come around by the 3rd quarter and look great.  Maybe that is a byproduct of the type of Ds are playing vs them at that time of the game.

One thing without question, the Dallas D is inexcusably bad.  Sure Lee is injured, because he is always injured.  Vander Esch injury hurts too.  And I think they are or were down a guy or two in the secondary?  But it's the NFL, honestly role player are plug and play unless we are talking about real difference makers.  Dallas' D being as bad as they are falls on Nolan and if he is a buddy of McCarthy and McCarthy wanted him in that role that is where my primary anger would be if I was a Dallas fan.

No mention of Lions blowing another double digit lead?  Of course not...because that is what they have done in 3 of 4 games already.  Led 14-0, then trailed 14-35!

I was surprised that Foles couldn't carry over a little mojo from the Atlanta game.  But a lot of people say coming in off the bench vs being named the starter for the week are two different things.  Hey, quite a nice D the Colts have going on there.  Playing Jax, a Minnesota team that couldn't get out of their own way at the time and the Jets...you really didn't know.  And not that Chicago has a great O either, but clamping them down like they did is nice.  Indy D vs Browns this week I think will be interesting.  I look for Browns to win and ride some momentum and buy-in...3 game win streak for a team that is hungry and something, anything, from the coaching staff is finally starting to look like it works...and then of course I am going to assume on a couple of Rivers turnovers too.

I really loved Josh Allen at Wyoming.  His second to last year, not his last year when he had no supporting cast.  Fun player.  But you are right, he is too reckless.  Playing free and loose is one thing, and can be a good thing, reckless, never a good thing.  Nearly cost them the Rams game.

Well, he has been able to win a weak division often that's about all he has done.  Underachieving and Houston Texans football are synonymous.  Feel bad for DeShaun Watson.  Hope they land a coach with a vision and creativeness that puts Watson in position to win some big games.

Wonder how long it will take Atlanta to fire Quinn after they game tonight?  Wasted year, should've done it last season.

Well, he has been able to win a weak division often that's about all he has done.  Underachieving and Houston Texans football are synonymous.  Feel bad for DeShaun Watson.  Hope they land a coach with a vision and creativeness that puts Watson in position to win some big games.

Wonder how long it will take Atlanta to fire Quinn after they game tonight?  Wasted year, should've done it last season.

Totally agree with you Scott. I like Watson and feel bad for him. O'Brien is so full of himself. Why on earth trade Watson's best asset? I have no idea who owns the team but I have to wonder: who has the final say on trades? Why would you let O'Brien make that trade? That was just an unbelievable move.

@nebish almost 20 seasons in and nothing but futility in Houston. The Texans still feel like the AAA team of the NFL, JJ Watt is going to waste his career there.

The AFC South is an underwhelming division, the Jaguars and Texans can't get out of the basement. The Colts owned it for a decade, and it's been up for grabs ever since Luck retired. The Titans have started to turn the corner the past couple seasons, but nothing special. Wish the Titans would go back to being the Oilers, or at least incorporate that into their identity. Makes it feel like expansion teams (Colts excluded).

Nice win for the Packers, Rodgers keeps rolling. Who needs receivers when your Tight Ends and Running Backs have such good hands? Even though they only allowed 16 points, their defense still needs some work. Nice TD save from Amos knocking the ball out of the receiver's hands in the end zone.

Rodgers vs. Brady in 2 weeks, possibly for the final time?

Not surprised, Belickick had an outstanding defensive gameplan vs KC.  Man, I really really felt bad for Hoyer.  Taking the sack in the RZ at the end of the first half then trying to call timeout (when NE didn't have any) clock expires = no points.  Then the first drive of the 3rd Q was like 10 minutes!  But another sack in the RZ and this time Hoyer fumbles.  Benched for Stidam, who didn't show much ability I didn't think.

Just sucks for Hoyer to blow those opportunities and make those mistakes when the team was playing so hard against the odds.

I am surprised O'Brien made it this long. Yeah kinda stunk for Hoyer, but I dont feel to bad for anyone with NE Pat helmet on though.

EDIT: I guess it was on yesterday, I still can't keep track of days.

Foles gets the win, nice comeback for the Bears.

Yeah I really did.  On a personal level.

NFL starting to get bogged down with Coronavirus complications.  If they can play Monday or I guess Tuesday, although I'm not a big supporter of Tuesday - if that is what it takes to buy them some time for extra testing and precautions, that is fine.  Ultimately I think some games should just be canceled, like these games involving Tennessee.  Yeah I know everyone won't play the same number of games and then they have their broadcast and advertising partners to consider, the best thing to me would be just give those teams a bye week and move forward with the teams and players that can go.

@nebish Eh, if they can play safely, then they might as well - probably too much money at stake not to. The NFL has expanded rosters this season for such cases. I'm surprised they have managed to avoid so few outbreaks.

Brady not knowing what down it was!

Now that I don't feel bad for!

For those in the Pick 'Em leagues, I got this note today..

As you may know, there were several teams impacted by COVID so far this week. We’re sending you this update so that you can adjust your picks based on the latest information from the NFL. Here’s what you need to know:

This is a fluid situation - we will keep you updated on any additional changes from the NFL so that you can plan accordingly. You can also follow the latest news, and ensure you have notifications turned on in the Yahoo Fantasy app.

Thank you for your patience.

@nebish  Do you keep posting and then deleting them, or is there something goofy with this site?  I see that you posted on the 'Recent posts', but when I click on it your post isn't here ... happened yesterday or the day before too......

@sang are you on mobile or desktop? I've noticed posts don't appear right away on mobile devices.

@porkchopbob   Desktop.  It will show in 'Recent Posts' that nebish posted something in NFL2020 - when I click on it, it goes to the thread, but doesn't have his post.  When I go back, the entry is no longer in the 'Recent Posts'.   Either nebish keeps changing his mind, or it might be something for @rowland to look at......

I told Rowland about it in the announcement thread, I forget his exact response at the moment but he is aware of it.